More than half of Australian adults have seen Google’s messages warning them about the government’s proposed news media bargiang code, according to research commissioned by the tech giant.

Google Australia has been publicly protesting the draft code which will force Google and Facebook to pay media companies for their news content.

Weeks after the code was outlined by the government, the tech giant published an open letter by local managing director Mel Silva warning them about the implications of the code.

“A proposed law, the News Media Bargaining Code, would force us to provide you with a dramatically worse Google Search and YouTube, could lead to your data being handed over to big news businesses, and would put the free services you use at risk in Australia,” Silva said in the open letter.

Google also pushed out pop-up messages to Australian users across Google Search and YouTube warning about the “risk” the code poses. 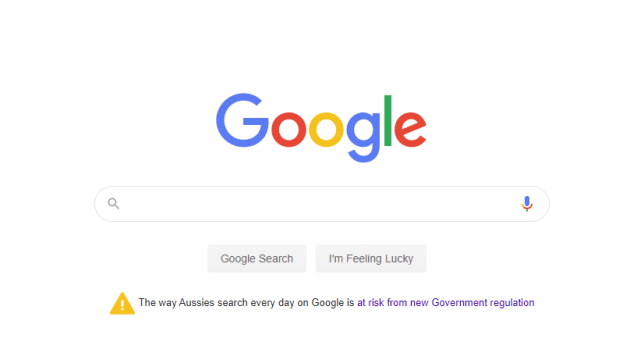 Pollinate also surveyed 1,000 Australians, aged 18-64, from August 22-26, just days after Google started pushing the warning messages from August 17. It found that more than half of Australian adults have seen Google’s awareness messages, 55% via the Google homepage and 48% via YouTube.

Awareness of the code reached 72% of those surveyed. While the survey found 41% of Australians neither support nor oppose the code, 36% of people oppose it compared to 23% who support it. The survey found once people understand some of the potential implications of the code, as argued by Google, they’re at least twice as likely to oppose the code, at 43%, than support it, at 21%, while the rest remain neutral.

Some of the potential implications included in the survey are that it is “technically unachievable to comply with algorithm obligations due to volume and speed of changes”, the “broad definition of news and penalties for breaches under the draft code” and the “obligation to share algorithm changes with news businesses which will allow them to influence organic search results”.

More than two-thirds, 69%, of Australians agree that Google is “standing up for the equal and open web” and 68% think the tech company is justified in contesting the regulations.

The ACCC has criticised Google for its campaign against the draft code, accusing the tech giant of “bullying” Australians with the open letter and warning messages.

Facebook has also recently come out publicly against the code, threatening to pull all news content for Australian users and publishers.