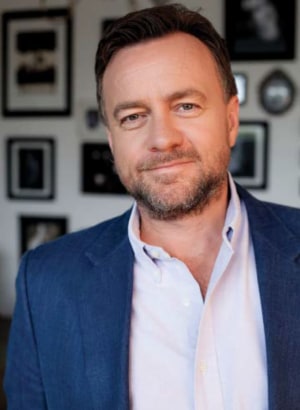 WPP AUNZ, like much of the global advertising industry, is in a state of flux. The holding company’s structure and the revenue it once relied upon has been challenged by the likes of Facebook and Google, while major clients such as consumer goods giants Unilever, Procter & Gamble have slashed marketing budgets by millions of dollars each year.

This has driven huge change across WPP globally, and in just the first four months of this year, has seen significant shake-ups at the major ad agencies within WPP AUNZ.

New leadership has been put in place at Y&R and WhiteGrey, Ogilvy has overhauled its creative structure, JWT has made redundancies and production talent has been siphoned out of agencies and centralised into WPP's production business Hogarth. Ogilvy CEO David Fox has been named WPP’s new chief transformational officer.

The changes form part of Martin Sorrell’s mission of ‘horizontality’, bringing WPP's companies together to work more closely on collaborative projects for clients.

But some industry commentators will tell you it’s not such a positive story – one ex-WPP executive described the overhaul as “WPP’s tentacles squeezing what’s left” out of its agencies in a bid to remain afloat.

So what’s really going on at WPP AUNZ?

WPP AUNZ CEO Mike Connaghan tells AdNews he refuses to view the changes as negative. In fact, he remains optimistic about the prospects of the business, but knows more transformation is around the corner.

“The pace of change around our group isn’t going to slow down. It’s probably going to accelerate because the world is accelerating so fast and we need to try and keep pace with it,” Connaghan says.

In recent times, WPP has consolidated businesses across its creative and media investment arms. Last year, GroupM agencies MEC and Maxus came together to create Wavemaker. There were also creative shop unions between Landor and Designworks, AKQA and DT, while five agencies merged to form Superunion.

WPP’s communications agencies Burson-Marsteller and Cohn & Wolf joined forces to create Burson Cohn & Wolfe, a global move that Connaghan says is likely to roll out in this market.

Recently, Hogarth assumed all of the WPP’s production responsibilities, cutting other agencies and providers from production work.

Connaghan says it’s a “business for the times” and is the fastest growing business globally for WPP.

“The demands of clients and the budgets of the clients have changed significantly,” he says. “We’re competing with big production houses so not having a consolidated production offer, and having little pieces, was like David versus Goliath.”

Are more mergers on the cards?

As for other agencies being merged, Connaghan says he “doesn’t have a crystal ball”, but confirms consolidation is likely but will only be done for the right business reasons.

Agency consolidation has been more complex for WPP AUNZ than in other regions due to the mammoth merger with STW in 2016.

“There’s no perfect number of companies that WPP AUNZ have set. Right now we are at 80 agencies, but if that is 85 or 75, I’m not concerned either way," he says. “What we won’t do is merge agencies because it’s convenient.”

Connaghan, who was the CEO of STW for 12 years prior to the merger, says he follows advice Sorrell once passed down to him: “You see a lot of value destroyed for organisational neatness”.

Instead of organisation neatness, WPP is seeking efficiency in the form of simplification for clients, which in turn, Connaghan hopes will generate better revenue for the holding group and clients.

It’s a strategy Publicis is also chasing with its Publicis One model and one that has, so far, worked for both the holding groups, with Publicis picking up Mercedes Benz and Campbell Arnott's globally and WPP AUNZ winning the local Bankwest account last year.

WPP AUNZ is also exploring other agency models, setting up a bespoke team for Westfield in 2015. Connaghan says we can expect to see more of these team models created for clients. However, it’s not right for every client.

“The ‘one door to walk through’ demand from clients is a trend going on around the world, but it’s only clients with scale that can afford to do that,” he says.

Turning around JWT, Y&R and WhiteGrey

Two of WPP AUNZ's main ad agencies, Y&R and WhiteGrey, have new leaders at the helm and Connaghan is confident they can turn around the "once great" businesses. Former Leo Burnett boss Pete Bosilkovski joined Y&R last month and it was recently announced Lee Simpson was leaving M&C Saatchi to lead WhiteGrey.

"Australia should be a treasure island for brands. We're the fifth biggest market in the world for WPP," he says. "It should be a great place for those brands to thrive but they can only do so with the right talent leading them."

The job of rebuilding agencies like JWT, WhiteGrey and Y&R - agencies that have been somewhat underperforming in Australia compared to their global reputation - will also fall into the new job description of David Fox.

Fox has transformed Ogilvy from a 'traditional' agency to a "modern business for modern times", Connaghan explains.

Ogilvy was once viewed as an agency that only does 30-second TV ads, Fox has previously admitted, but at the recent AdNews Agency of the Year Awards it was named Digital Agency of the Year, marking a huge achievement for the business.

"Ogilvy has evolved and pivoted the business to be a modern communications partner for their clients. So what Fox has done with Ogilvy, some of the other agencies in the group could do with that knowledge," Connaghan says.

"We were missing a tick not having someone closer to the action of what's happening at those agencies."

As for the financial status of the group, Connaghan isn’t expecting miracles. Sorrell has repeatedly lowered full-year expectations for the group and WPP’s share price continues to fall.

“Australia and New Zealand have been low growth for a long time. It’s normal and it’s because we’re a more mature market," he says. “We’re still a very buoyant market but we don’t expect spectacular growth.

“Our finances haven’t been better for a long time. If people expect double-digit growth for a company our size, that’s false hope.”

In February, WPP AUNZ reported a 3.1% lift in profit before tax at $125 million and a small lift in revenue, up 0.6% to $870 million. At the time, the group said it delivered “better than expected results”.

“There’s plenty more to do. We haven’t taken full advantage of where we sit in the market,” Connaghan says.

“We’ve got the best people and now we’ve just got to get them rowing in the same direction and understanding what the strategy is and to agree with it, because there’s plenty of disagreement.”

Next week on AdNews, Connaghan admits faults in the WhiteGrey merger and addresses claims of a 'boy's club' mentality at WPP.