MercerBell declines to pitch, splits from Allianz as brand moves to roster 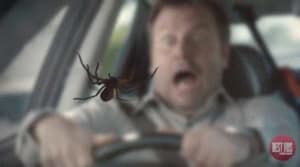 A still from the 'Ahh moments' Allianz campaign

Customer experience agency MercerBell and Allianz have ended their seven year relationship as the insurance company moves to a more rostered approach to its creative duties.

MercerBell, which was acquired by Saatchi & Saatchi in February last year, ceased working with Allianz at the end of 2016 after declining to pitch for the account.

The agency was behind the humorous and highly awarded "Ahh...llianz" insurance campaigns. AdNews understands Allianz wanted to take their advertising in a different direction, which is evident in its most recent campaign that takes a more inspirational approach.

In the new campaign, released on 25 December 2016, the "Ahh...llianz" tagline has been replaced by "Dont be insured. Be inspired". No agencies are listed in the credits for the ad.

MercerBell MD Julie Dormand says: “We are incredibly proud of the work we have done with Allianz over many years. We created the 'Ahhh Allianz’ device which has been picked up in four other markets and won a coveted Silver Effie in 2015 for long-term results.

“These results are all testament to the collaborative partnership that the MercerBell team enjoyed with Allianz. We wish them every success in the future.”

MercerBell has worked with Allianz since 2008. It retained the account in 2011.