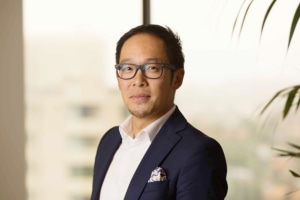 Pang, who is highly respected in media circles, was promoted to COO and Melbourne lead last June and will remain in the Victorian capital in his new role.

He will report to GroupM chief executive office Mark Lollback.

“I am extremely pleased to announce the leadership succession of MediaCom to Willie Pang as the agency’s new CEO. Willie is an impressive and talented individual who I have no doubt will continue the incredible momentum Sean has created within MediaCom over the last two years," Lollback said.

"A valued and respected member of our group, Willie’s promotion is a natural progression for him which also truly exemplifies MediaCom’s depth and breadth of talent.”

Reflecting on his promotion, Pang said: “I am incredibly humbled to have been appointed CEO of MediaCom ANZ. I am passionate about continuing to build upon an already skilled team, one that will deliver incredible business performance for our client’s brands.

"We have a wonderful culture built on putting our people first and I relish the opportunity to help each and every one of our team members be the foundation for MediaCom to grow and prosper.

"I’d like to thank Sean for his commitment, passion and guidance since I joined the team. I’m very grateful to have had his support and leadership."

Pang joined MediaCom's in late-2015 as its chief digital officer until he stepped up to the COO role last year.

The Melbourne native has strong credentials in a digital media that spans 20 years.

Pang previously led digital media agency Emerge and has also been the managing director of Yahoo's search marketing business. He has also held leadership roles at Melbourne IT and Experian Hitwise, where he was the VP of Asia.

Seamer is leaving MediaCom to become chief executive of Supercars. The passionate motor racing fan has helped turnaround the fortunes of MediaCom over the past two years from an agency that struggled to make pitch lists into one that wins them.

AdNews understand that Pang has been instrumental in helping Seamer drive cultural change across the enterprise.