Media agency bookings at a high 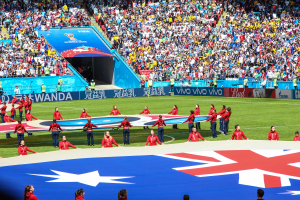 Media agencies bookings have climbed an extra $282.2 million in advertising this financial year to $7.35 billion.

In June, the market grew nearly 5% to $654.3 million in advertising bookings through agency groups.

During this period, metro TV broadcasting bookings grew 4.9% to a record $654.3 million due to the World Cup and NRL State of Origin in June.

Press bookings also saw a lower decline to 5.1% with metro titles only back 1%. Digital advertising was up 6.6% due to a “surge in search”.

“Our media industry is in its best-ever health, but of course beneath those headline numbers there are shifting sands with ad spend moving across the major media and media sectors as technologies and audiences continue to change,” Ratcliffe said.

“And in the last financial year, the largest dollar change was the increase in programmatic spend (up $114 million) although we’re now seeing that slowing as it increased just 2.4% in June. The next largest dollar gain was metro TV (up $93 million) as the sector reasserted its audience credentials in the market.”