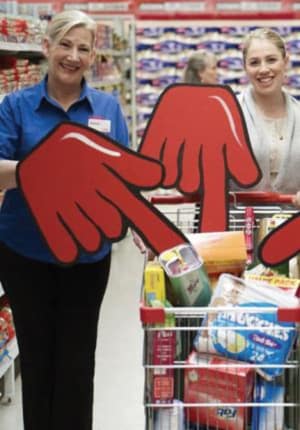 Coles "Down Down" campaign.

Media agency bookings in May dropped by nearly 10% year-on-year due to the effects of last year's federal election, according to the Standard Media Index. The total amount was $589.5 million, prior to late digital bookings.

Stripping the effects of last year's election, bookings dropped 5% but the figure was impacted by the June long weekend.

Newspapers had the largest drop, down 29%, digital fell 16.9% but this figure doesn't include late bookings, and radio fell 12.5%.

TV was down 2.9% but when the election effect is removed, ad spend here grew marginally 0.9% year-on-year.

“Federal elections are like Olympic broadcasts from an advertising revenue perspective in that they’re absolutely abnormal events that bring in an exceptionally high amount of revenue that is usually one-off in nature,” SMI Australia and New Zealand managing director Jane Schulze said.

“So it’s important to look at the underlying result and also the longer term trends. In that regard, SMI shows total ad spend for the five months of this calendar year is back only 1.2% and is still up 0.9% in the current financial year period.’’