Mat Baxter on Australia's TV networks: 'If one of you sinks, you'll all go with it' 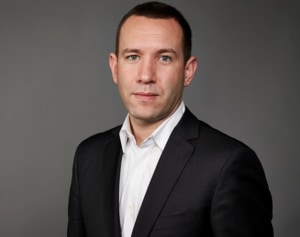 Baxter, in an exclusive interview with AdNews, says Nine, Seven and Ten had an "old-world view" of the TV battleground, still seeing each other as competitors, instead of uniting against a common enemy in YouTube.

"The big three act like they're on three different boats at sea and they're shooting their cannons at one another. What they don't realise is they're all on one boat and there's a giant ice tanker or superliner with the word YouTube on it, heading right for them," Baxter says.

"If one of you sinks, you'll all go with it.

"Their destiny is linked because its domestic broadcast television and international competition, and if they don't band together and get some efficiency and some currency to go up against the addressability of those players and do it quickly, those players are going to eat them for lunch."

Baxter pointed to the success of Hulu in America as a content aggregator, which allows members to access multiple US TV networks through its platform.

He says the networks need to worry less about the "war of PR releases" related to overnight ratings and realise that they are "frenemies of the highest order".

They are too worried about one another as immediate threats, he says. They should be focusing their attention on global digital video giants.

"Every day they pontificate because they're pinging PR releases about each other between 'we beat Seven by - if you cut it this way on a Tuesday night between the hours of 8.30 and 8.32, we won at this demographic'," Baxter says.

"You're missing the point. You need to get your domestic capability organised and streamlined and woven together to be able to combat the behemoth that is international OTT streaming and technology companies that have turned on addressability from day one."

Despite his comments, the major networks have launched TV advocacy group Think TV, which is dedicated to helping grow the industry as a whole, Seven, Nine, Ten and MCN/Foxtel all members.

The Initiative global CEO is in Australia as part of a strategy by the IPG Mediabrands agency to update the industry on its performance both globally and locally.

Baxter and Australian CEO Melissa Fein spoke to groups of major industry publishers yesterday on the former "anemic" state of Initiative, reporting significant growth and a goal to be "less vanilla" than the rest of the "diluted agency world".

"The role of media brands globally have become diluted, with overacrching hold group's becoming the face of agencies," Baxter told the audience.

Speaking to a room of outdoor player, Baxter urged them to look at the mistakes made by Australia's TV networks and unite to provide the industry with a "frictionless transactional system".

"The TV networks aren't front footed about this, that's your opportunity for out of home," Baxter says.

"Because you're so fiercely competitive, ironically maybe you need to be able to put your competition aside to realise that if you get something together that allows transactions to be way more seamless for your entire industry, your growth is going to continue to accelerate.

"The TV networks and the radio networks, nobody has been able to get that done. So, the prize at the end for the first industry group to do it and do it well I think is a really big prize."

AdNews will be publishing more from Baxter shortly.