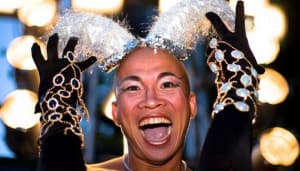 Brands including Facebook, ANZ and Airbnb have jumped on board to boost their support of this year's Sydney Gay and Lesbian Mardi Gras.

The Mardi Gras is one of the pivotal events on the Sydney calendar and has attracted hefty brand support in recent years. Among the list of new advertisers is social media platform Facebook and condom brand Ansell as sponsors of the event.

In addition, ANZ and Airbnb are continuing their support of the event.

Last year marked Airbnb's first foray into marketing in Australia and, as part of a push, it launched its own Mardi Gras float called 'The Big Gay Stay.' One lucky couple was able to win a night's stay in the float ahead of the Mardi Gras parade.

ANZ's support of the Mardi Gras has seen it pick up numerous awards in recent years, namely for its GAYTM campaign which saw the brand decorate ATMs in Sydney's inner city area ahead of the Mardi Gras parade. Last year, it kicked the campaign into overdrive with a second iteration called the 'Only GATYM in the village' – a reference to a character in UK comedy Little Britain – with an Australian town given the opportunity to win its own GAYTM during Mardi Gras.

Other brands on board for this year's event include Google, Qantas, Brown-Forman, Atlantis Events and, as a broadcast partner, SBS.