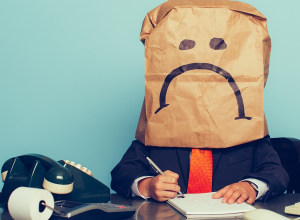 Australians are anxious about the prospect of returning to the office from pandemic lockdown, according to Forrester's PandemicEX survey.

And many many are concerned about being pressured to go back before they are ready.

The globall industry analysts surveyed 262 Australian adults who work part or full-time April 29 to May 1 and compared their responses to those of 274 surveyed from March 25 to March 27.

Australian workers continue to be concerned for themselves both inside and outside of the workplace, but this is gradually becoming less acute as it becomes their “adjusted normal".

In late March, almost three quarters (72%) said they were afraid of the spread of COVID-19 but by early May this had fallen to 58%.

And the percentage of respondents confident that they are personally safe from the coronavirus increased to 55% from 29%.

"But this confidence is extremely fragile as states take steps to reopen, increasing the risk of new infections," says Forrester.

Fewer employees are afraid to go to work.

In late March, half of all Australian respondents were afraid to go to work due to the risk of exposure but that dropped to 37% by early May.

"While a significant improvement, it means that more than one in three workers still have serious concerns about returning to their workplace," says Forrester.

"This is fueled by the experience of essential workers, many of whom have continued to work on site throughout the pandemic and are increasingly demanding safer work conditions."

Nearly one-third of respondents (30%) worry their company will insist they go back to work before they feel safe doing so.

"This has been an ongoing concern for workers deemed 'essential' but with restrictions easing, the concern is spreading to other industries as firms push for reopening or expanding currently limited operations," says Forrester.

Fewer respondents say they’re worried about job security, down from 42% to 35%.

But there’s been no change in the percentage worried about the economy in general: 41% are concerned that their firm may need to lay off staff and 32% worry that their employer may not survive.

High-profile bankruptcies in hard-hit industries such as retail are fueling these concerns.