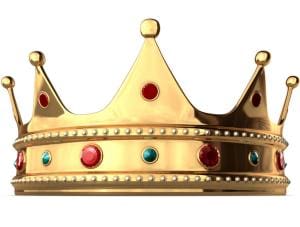 Who has taken the innovation crown in agency land?

M&C Saatchi, Y&R Group and UM have been named as some of the most innovative companies in Australia by BRW.

All three were in the top 10, with M&C coming second, Y&R Group rolling in at number four and UM, fresh from its recent win as number four in BRW's best places to work in Australia list, rounding out the list taking out the 10th spot.

The list has been compiled for BRW by Melbourne-based innovation consultancy, Inventium.

Each entrant company presented two innovations to BRW's judges, and these were judged based on the problem, the innovative solution and its impact.

BRW singled out M&C Saatchi's Clever Buoy, the shark detector designed to promote Optus's network coverage, as one of the innovations that earned its spot. The campaign led to the instigation of a research and development project and the eventual launch of an ocean buoy, able to detect sharks and alert beachgoers via the Optus network.

BRW also noted a rise in entrants from the advertising and media landscape.

M&C Saatchi chief executive Jaimes Leggett said he was "humbled" by the ranking, but made note that "equally it’s great for the industry as a whole to be recognised as ground breaking."

"Creativity sits at the heart of any great innovation - big ideas brought to life in new and interesting ways. Creativity has always been our raison d'etre at M&C Saatchi and it’s never been more important. This ranking is vindication of that and the tools and processes we’ve put in place to bring that ideation to life for our clients," Leggett said.

He also added that for the company " innovation is not an option, it’s a necessity to keep ahead of a rapidly evolving marketplace."

Speaking to AdNews Y&R Group COO Jason Buckley said the group had started to drive innovation through its culture last year, but went the next step in 2014 by creating a dedicated innovation unit within it's office. The unit has four staff members, based in Sydney but work across the network to bring ideas to life. Buckley said the next step in it's push for innovation would be researching the behaviour of Australians and letting that lead ideas, but would not be drawn on further detail.

Sydney MD Andrew Dowling said investing in innovation was important in taking Y&R to it's next level.

"What is really core and important is that this year we've moved from innovation as a shiny new object into innovation as a way of working and a way of thinking. It's starting to permeate it's way into everything we do," Dowling said.

UM chief executive Mat Baxter told AdNews the agency's high placement is a result of everyone in the business seeking to innovate in their own roles, from televsision buyers through to management. He said that the BRW listing was one was way he could benchmark UM's level of innovation against the wider business community outside of advertising and marketing.

Baxter added that receiving an innovation and a 'best place to work' ranking from BRW in the same year is a positive vindication of where UM is heading as a business.

"Its always a balancing act; you try to build a high performance workplace where you celebrate innovation and sometimes those types of priorities can compromise or detract form the culture. So i'm really pleased that we've been able to grow as a company this year, plus deliver on the innvoation piece without seeing any negative impact on the cultural piece as well," he said.

In addition, Starcom MediaVest placed at 28 and Isobar Australia at 37 on the ranking. Read the full list here.