M&A spurred on by media reform will alter landscape 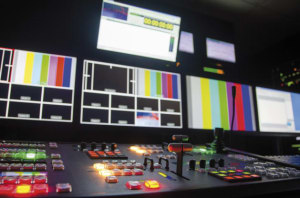 This article first appeared in AdNews in-print. Click here to subscribe to the AdNews Magazine or read the iPad edition here.

This week, Senator Fifield tabled a reforms package that relaxes media ownership and concentration laws, in particular the reach rule and two-out-of-three rule.

The reach rule prevents metropolitan broadcasters from merging with regional affiliates because it limits broadcasting to 75% of the population. Although TV networks have argued the reforms do not go far enough by avoiding contentious TV licence fees, 2016 is shaping up to be a year in which the media landscape radically changes.

GroupM chief investment officer Seb Renniebelieves if any networks were forced to close as a result it would drive up advertising prices.

Meanwhile, Maxus Asia-Pacific head of trading Nathan Cook says: “We are already living in a landscape where the 75% rule is not being abided by, or enforced, whether it be the Foxtel/Ten tie up or even Seven West Media or Nine who both have the potential to reach a much higher number than 75% when you bring in their terrestrial TV, digital assets and streaming video services.”

It is likely the reach rule will pass senate unscathed as it is supported by Labor, but timing could be key. Content affiliation deals between Nine and WIN, and Ten and Southern Cross Austereo (SCA) are both due to expire at the end of June.

However, the removal of the two out of three rule’s passage into law is less certain as Labor has previously expressed opposition. The rule means media companies can only control two forms of traditional media - TV, radio and print - in a single market.

“This will see a potential surge in interest around M&A discussions and general business talk within the media industry, which is a good thing,” he adds.

Omnicom Media Group CEO ANZ Leigh Terry says consolidation is inevitable and media owners have made it clear there is strategic benefit to investing in assets that they currently can’t play in, particularly for media companies that have a healthy balance sheet.

Even with consolidation, Terry expects there will be plenty of choice for advertisers.

“Just because somebody owns multiple assets doesn’t necessarily mean that all of those assets are right for a particular client brief,” he says

Market concentration in most industry sectors is normally not a good thing, but in the Australian media it is long overdue.

As advertising revenues across traditional media either stagnate (TV and radio) or decline (print), business models that were fit for purpose ten years ago are now are being challenged, not just within this country, but from a host of foreign raiders.

Australia’s outdated media ownership rules – in particular the reach and two-out-of-three rules - were set up at a time when concerns media barons could monopolise the fourth estate were genuine.In the digital age, these rules are not only ineffective – how can you prevent streaming? – but provide local media owners with expensive barriers that put them on the back foot against new global players, including Netflix, Facebook and Google that aren’t bound by the same policies.

For example, it simply makes no commercial sense for Nine and its regional affiliate WIN to operate as two separate entities when they largely show the same content with regional tweaks, which are being protected in Fifield’s reform package.

The implications for advertisers should be better aligned multi-platform offerings from media owners.Omnicom’s Leigh Terry believes, if positioned and negotiated properly, “it could deliver cost efficient reach and relevant impact as well as increase share of spend”.

So, potentially a win, win for client agency and media owner - but don’t get too excited.

If networks keel over it could have an inflationary effect on advertising, which is why it is important to provide the levers to ensure the media industry is strong and self-sufficient.

Although Australia’s draconian broadcast licence fees were left out of these reforms, Fifield’s package – if passed– is a positive and necessary start in an increasingly borderless market.