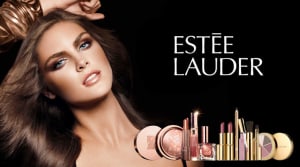 L'Oréal is believed to be pulling up to $3 million in advertising dollars from magazines following the departure of Bauer, NewsLifeMedia and Pacific Magazines from the AMAA audit, which provides overall circulation figures of newspapers and magazines to the market.

L'Oréal, Harvey Norman and Estée Lauder are thought to be “very concerned” that publishers are no longer submitting their figures for audit, and see the move as a “blow to accountability”. Harvey Norman is Australia's largest print advertiser.

Today marks the first time the AMAA figures have been released since all three major magazine publishers chose to exit the audit. Now only 20 magazines remain.

According to sources, Harvey Norman and Estée Lauder plan to approach publishers directly to challenge the decision.

While Harvey Norman did not flag plans to change how much they spend with magazines, both of the beauty brands are said to be weighing up how it could impact decisions made in the future.

At the end of last year Pacific Magazines became the last publisher to pull out of the independent measurement body.

Previously media agency leaders described the exodus as a “terrible decision”, “foolhardy” and “hypocritical”, however PHD CEO Mark Coad tells AdNews that the circulation holds publishers to a different standard to any other medium and it isn’t needed.

“I don’t think we should be pressuring publishers to be in the circulation when it isn’t needed. There are no other media channels we trade on where we plan on units sold or units in use. We don’t care about televisions in use, we value viewership and I don’t see why magazines are any different,” Coad says.

“Moving away from the circulation audit shows the shortcomings of the current readership data, and calls on them to improve that metric.”

AMAA CEO Josanne Ryan says the recent departure of the large magazine publishers is a “disappointing move” for the industry.

“From my discussions with agencies and clients over recent weeks, the resounding feedback has been that this is a backwards step for print and would impact how they evaluate the channel. Some have indicated it could jeopardise revenue into the print channel, which is already under pressure,” Ryan says.

“Overall it is generally being viewed as a sharp departure from the trend in the industry towards to greater transparency and accountability.”

With a recent Media Trust Study showing that auditing of print circulation doubled the brand trust factor, Ryan says it would seem to be in the best interest for all to support initiatives that build trust within our industry.

“The AMAA is committed to supporting publishers and the industry to build advertiser confidence and trust within ad trading,” she says.