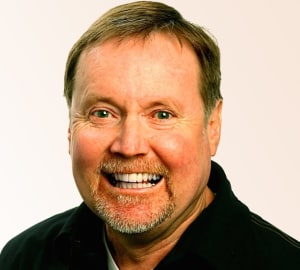 After more than 30 years working in various guises under the WPP banner, marketing director Greg “Sparrow” Graham is to exit the business to pursue other opportunities.

CEO WPP AUNZ Mike Connaghan says: “Over the past 30 years Sparrow has made an incredible contribution to the Group both with GroupM, and more recently working tirelessly as part of the WPP AUNZ leadership team to drive a cohesive marketing plan for the group.

“I’d like to take this opportunity to thank Sparrow for his incredible long service and all that he has contributed over time.

“He will always be considered a great friend to the group, and to our agencies, and as such we hope to continue to work with him on special projects as required.”

Connaghan says his departure followed a review of the group’s resources and future requirements.

Graham, who has covered roles across marketing and new business – including being involved in many major pitches, was previously chairperson of Media Federation Australia (MFA) and remains an executive coach at The Marketing Academy Australia.

Having started his career as a media director at Leo Burnett Melbourne in 1979, Graham then moved to JWT for eight years followed by Mindshare for 17 years before moving t o GroupM in 2007 – and then WPP AUNZ as group marketing director in 2016.

“I’ve been very privileged to have had a 30+ year career ride with the WPP group. From a start at JWT Melbourne, launching Mindshare in Australia and then to Mindshare New York for seven years, and then back at GroupM locally, and most recently at WPP AUNZ.

“I hope to continue my involvement with the group in some capacity in the future, and I want to sincerely thank all my WPP AUNZ/GroupM colleagues and clients. It has been a real honour.”