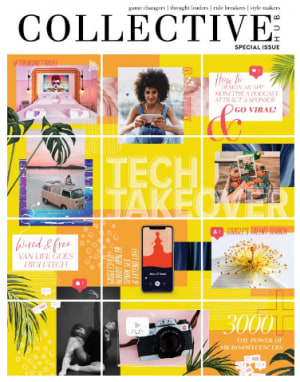 The Collective Hub magazine has returned with a second issue, more than a year after the magazine was originally axed.

In March last year, publisher Lisa Messenger revealed she would no longer produce the magazine, citing a lack of interest from advertisers.

Instead she opted to focus on her website LisaMessenger.com.

However, Messenger has since resurrected Collective Hub as one-off editions.

Issue 54, the second issue since the regular magazine was cancelled, launched this week with a focus on tech.

“It’s truly a wonderful, giddy feeling to be able to bring you one off issues now and then,” Messenger said while making the announcement.

Publishers have increasingly turned to one-off print issues in the face of declining advertising revenue which has made print production unsustainable.

Over recent weeks, both Pacific and Bauer have partnered with brands to print the one-off magazines Marie Claire Lifestyle and The Healthy Mummy, respectively.