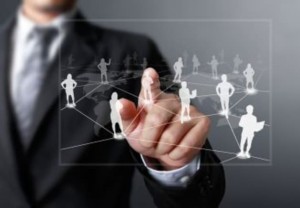 News Corp’s global boss Robert Thomson let rip last week in a keynote address to The Lowy Institute on the tech-media-social platforms pirating other publishers’ content for their own commercial gains – without taking the risk or making investments themselves in original content.

It was a punchy counter to the awe that most hold social platforms in, with Thomson’s spray including an acidic barb at LinkedIn for being a “pretender” and a content “spammer”.

It was serendipitous then that AdNews sat down a few months back with LinkedIn’s global VP for marketing solutions, Penry Price, to talk about where the selfpublishing trend was going on the site and what it meant for traditional publishers. To be brutally frank, Price, in this previously unpublished conversation during the Cannes Lions week, didn’t actually know.

“The content game has almost reversed. It’s reversed from people thinking about content for an audience to now think about audiences and what content do I create on what platform? Do they resonate and where should they be distributed? It’s a mind-blowing change. I don’t know the answer,” Price says.

“From a publisher’s standpoint, it’s very hard to think about how to compete and grow audiences to any scale. LinkedIn relies a lot on traditional publishers and sort of supporting traditional publishers who are getting their own content to the right audiences related to professionals. We want to capture all the world’s knowledge on this platform, relevant knowledge for the professional.”

It’s precisely this strategy that had News Corp’s Thomson so fired-up: “…the distributionists do indeed have powerful distribution channels - Google and Facebook and pretenders like LinkedIn, which is spam central,” he said last week during his luncheon address. “None of them actually create content and they certainly have little intention of paying for it, but they do redistribute the content created by others — they would argue that such redistribution is a natural extension of
their role as social networks.

“I would argue that much of the redistribution is an unnatural act. But there are broader issues that are still unfolding for media companies, which are themselves struggling to profit from their news and other content, while the distributionists are helping themselves to that content, co-opting and corralling audiences and consciously devaluing brands,” Thomson says.

“It should be reassuring for news organisations that the distributors have suddenly started to realise that the quality of content is important, particularly as they try to build walled gardens — though it should be noted that the Chinese discovered that even a Great Wall didn’t work.

“The spammers at LinkedIn discovered that CVs are only burnished occasionally and anyone who tweaks their CV a few times a week is probably not worth hiring. Anyway, they now see themselves as a news distributor, and news organisations who cosy up too closely to them are guilty of techno trendiness. It is patently important to be aware of the trends but a grievous sin to be too trendy.”

Them there are fightin’ words. So outside of the professional publisher content carried on LinkedIn, AdNews wondered how the self-publishing trend was tracking on the platform for 365 million professionals globally (now seven million in Australia). Among the 240 million users globally that have the capability to selfpublish on LinkedIn, Price says about 100,000 long-form posts are being made each week. That’s well under 1% of its user base self-publishing, in rough numbers. And perhaps in a nod to the quality gap between professional content and that of its user-generated stream, Price acknowledges everyone is still trying to figure it out.

“Some of it may be crap for some people but for somebody very specifically oriented around that content it will be the opposite,” he says.

“We’re still in the early days about quality, the early days about protocols, the early days of what is the right way to utilise it. I think the quality will continue to rise and it will be a better experience as more people get used to it and start to do it appropriately. Again, I don’t think there is yet a definition of appropriate but we believe giving access is the first job to enable these professionals to share. It’s incredibly empowering for people to be able to build their own professional brand and it’s something that again they have no other place to truly do that in a digital world.