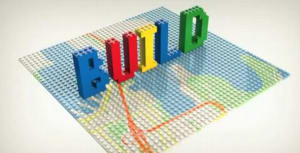 Lego is continuing its march into branded content and is poised to rollout banner TV and film properties throughout 2016, among which is likely to be the Lego Movie spin-off Lego Batman, an interactive TV show and a “reality competition experience” which will drive younger audiences to second screens.

Addressing the Mipcom TV conference in Cannes yesterday afternoon, Lego VP of global licensing and entertainment Jill Wilfert didn't explicitly name the title of the next Lego movie, but did little to quash speculation that the Batman spin-off is on its way: “We will launch a property with Warner Bros in 2016. There has been a lot of rumour, as recently as last Friday, talking about what’s coming next from Lego and I can tell you that there will be an announcement later this week. I’m pretty confident we’ll be seeing additional Lego movies in the future.”

Press reports have suggested that actor Will Arnett, who voiced the Batman character in the last Lego film will reprise his role for the spin-off.

Wilfert also listed some of the other initiatives the world’s largest toy manufacturer has on the table. “We are working with a new partner that will launch with a TV series in 2016, focusing more on interactivity. The core of it is very much about the digital natives…kids know instinctively how to use an iPhone and we’re trying to work that into the whole experience,” she told Mipcom.

The company’s licensing VP also told the conference that discussions are underway with various new partners about developing a reality format to explore a “master builder” competition, although that is very much in the early stages.

Partnerships at Lego are seen as crucial to the brand’s development as a “creative experiences company”, according to Wilfert. The Lego VP explained that during the mid-2000s the brand suffered some painful lessons trying to control all of its assets in a proprietary fashion, for example, running its newly-launched theme parks and creating, distributing and selling its video games.

“We learnt some expensive lessons,” she admits. “What hurt us was the complexity of these businesses. But the CEO made some bold decisions and focused us back on to what was really important. This led to us forming partnerships with TT Games and Warner Bros for the video games and Merlin Entertainment for the theme parks. There were some painful times, but we learnt some good lessons.”

Finally, as previously announced, Wilfert talked about 2016 seeing the general release of the Lego ‘Beyond A Brickumentary’ documentary. Radius recently won the worldwide rights for distribution after the film premiered at the Tribeca Film Festival.

Read more about Lego on AdNews:

Lego builds plans for another movie