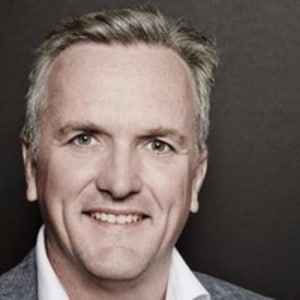 Walsh has now been named the CEO of independent brand and design consultancy, Cowan.

His departure comes just over a year after Landor was merged with Designworks as part of WPP/STW consolidation.

Walsh had been at Landor since 2011, joining from Interbrand, where he was managing partner for two years.

WPP AUNZ CEO Mike Connaghan says Walsh was "instrumental" in bringing together the Landor and Designworks businesses in Australia, and thanked him for his commitment to the agency.

"He left behind both a strong Landor Australia leadership team and excellent client stable, which bodes well for the agency’s future," Connaghan says.

“Change in our industry is a constant; just as brands and consumers constantly evolve and disrupt, so too must the agencies that advise them. This change can be difficult – but it also comes with great opportunity. We see that in Nick, who agreed to spend more time with the Landor Australia team.

"This a chance to take advantage of his proven and experienced oversight. Having spent time on both the client and agency sides in Australia and the region, Nick is perfectly placed to help broaden Landor Australia’s capabilities, and sharpen its focus as it moves into a new phase of agency development."

Following the exit  of WPP global boss Sir Martin Sorrell, The Wall Street Journal reported that WPP chairman Roberto Quarta would be “revisiting” its vast portfolio of agencies. Minority stakes WPP holds in other firms could be sold in the second half of the year and he also didn’t rule out merging some of the ad giant’s flagship creative agencies, such as Young & Rubicam.

Quarta is reported to have said WPP’s size is now weighing on the firm.