Kodak snaps back to be 'number one' - global CMO 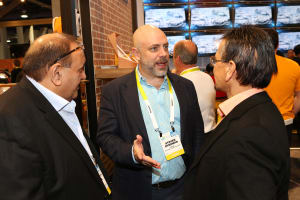 Kodak is one of the big business turnaround stories of the decade. Despite filing for bankruptcy in 2012, the 128 year-old company is now back in profit and its global CMO is readying the business to reposition itself as the number one 'maker' brand.

Speaking with AdNews, Kodak’s global CMO and senior VP-corporate marketing, Steven Overman, says people fell in love with Kodak previously and now the brand is set to find its space again, but this time in the maker movement. For those not in the know, the maker culture represents a technology-based extension of DIY culture that intersects with hacker culture and revels in the creation of new devices as well as tinkering with existing ones.

“Kodak enjoys unaided awareness and we've identified that Kodak is ultimately about creating - so this is why our intention is for it to become the world's leading maker brand.”

Overman says the maker movement isn't confined to urban hipsters, rather activities, such as the rise of cooking, is an example of a “renewed human passion in making”. He added that the brand will tap into this trend from not only a communications point of view but also with products it has in its pipeline.

Part of this brand overhaul sees the business go back to its roots by reinvigorating design assets such as its iconic red letter K, with Overman highlighting that many elements of the brand's visual identity are being brought back.

“One of the first things I noticed as CMO is I encountered a Kodak corporate brand that had been neglected and stripped of its legacy, and my hunch was that its legacy was where its power lay.

“Kodak endangered the red K. It had been eliminated years ago, even though it continued to live on vintage packaging the company had wanted to rid itself of its past... We're not intending to be overtly retro but we're really proud of our legacy from a design standpoint, an advertising standpoint and a brand standpoint – so we're using all of those assets.”

According to Overman this new brand identity will appear like a sunrise – slowly over time – rather than launching to much fanfare. He also outlined that the brand is placing a lot of emphasis on partnerships and owned media rather than spending big budgets on media for the launch.

“Our intention is not to invest in a lot of bought media,” he says. “We're a company that's in the process of growing after experiencing business trauma. We're profitable and we're growing, but part of this is because we're concious with our investments.

He added "It's a great moment" for social media. "It's just so visual and we're ultimately a visual and creative brand. We'll also have presence at CES in 2017, we're working closely with our brand licensing partners and we do have many projects in the works. We're also collaborating with several creative leaders and artists to bring Kodak to life as the ultimate maker brand with consumers everywhere.”

Kodak is creating most of its brand assets in-house to save costs and because it wants the marketing team and the business to have full control.

“Unlike other brands that have the magnitude and fame that Kodak does, we have limited resource to invest and that's why we're driving so much of this from within. I'm not the only CMO who has to deliver great ROI, but one way to do that is to make marketing and brand management core to the way we operate inside the company.

“If the brand is our most valuable asset why would we have that managed externally? As we don't have a massive budget to spend on media buying we're forced to focus on emerging channels like social and podcasts and I'm grateful for this,” he added.

Overman also believes that it's incumbent on marketers to drive change throughout any organisation, as they're the ones who face change everyday.

“It's marketers who are facing digital disruption everyday and it's marketers that have to combine business smarts and fiscal responsibility with creativity and innovation," he says. "We're communicators, matchmakers and connectors."

He says what it previously meant to be a CMO will no doubt mean something entirely different in 2017.