The theme for International Women's Day this year is ‘Press for Progress’ which is intended to engage people to take action towards gender parity.

This year there is a noticeable shift towards longer term initiatives that will have an impact beyond today. Except if you include Brew Dog’s Pink IPA.

Here's how a few Australian groups are marking the occasion.

News Corp’s female-focused platform WHIMN (With Her In Mind Network) is launching a mentoring programme for the Australian media industry.

WHIMN general manager Georgi Pell says the programme is to connect young media professionals with female industry leaders. The idea is that it will provide mentors and mentees opportunities to develop a rapport, offer career direction and advice, identify opportunities for growth and provide feedback and support. 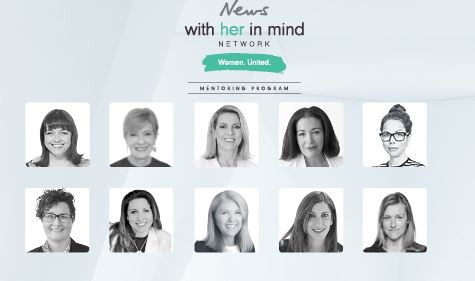 Pell says: “Given the rise of the female agenda and through thoughtful collaboration, WHIMN has developed this program to support and advocate for up and coming media executives to help them advance and unleash their limitless potential. Our goal with the program is to create an opportunity for young professionals to grow and develop in the media industry, and ultimately empower them to take their seat at the table. It’s so important to have female role models across more industries to inspire leaders of the future.”

It will roll out throughout 2018. Applications open today for four weeks.

Nova Entertainment is launching series of podcasts featuring senior women from Nova telling their own stories. It kicks off with CEO Cathy O’Connor, one of the most high profile media CEOs in Australia.

Behind the pinkwashing there is a clever idea. The brand planned to charge 20% less for its pink ‘women’s beer’ to highlight the 20% pay gap endured by women.

The brand says: “At BrewDog, we have always believed that beer is for everyone, and equality is a fundamental right. So today we are launching a clarion call to end the discrimination of gender pay inequality. In the UK men earn on average 20% more than women. And that’s not ok.

"So ahead of International Women's Day this Thursday, we are launching Pink IPA. A beer for women. A beer for equality."

Its satirically dubbed 'Beer for Girls', Pink IPA is BrewDog's clarion call to close the gender pay gap in the UK and around the world and to expose sexist marketing to women, particularly within the beer industry.

"This is our overt parody on the failed, tone-deaf campaigns that some brands have attempted in order to attract women,” teh booze brand says.

Unfortunately, it was largely interpreted as “failed, tone-deaf” stunt.

We’ve created a beer for girls. And it’s pink. Because women only like pink and glitter, right?

Lets show that enough is enough with stereotypes. pic.twitter.com/g1zonXFInm

Did you not actually sack your marketing team after your last campaign? #epicfail on every level known to man, woman and animal it seems! #jokers

Puma has united female rebels, leaders, athletes and activists around the power of doing in its latest campaign for International Women's Day.

From fighting bullying to inspiring the next generation of ballerinas, the group of Puma ambassadors aims to demonstrate female strength.

The content series looks at the journeys and visions of theses women, with the hopes of inspiring others around the world to take action.

The database showcases the work of more than 100 up and coming and established Australian female directors making them more visible to producers and new work projects. See here for the full story. 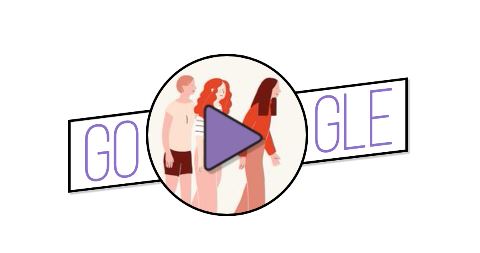 More than 120 business leaders joined the workshop to learn new digital skills and find out more about how they can grow their business online.

Guests had the chance to hear from other small businesses doing great things online and the New South Wales Minister for Women, Hon Tanya Davies MP.

Minister Davies spoke about the importance of supporting women in business and beyond, and invited guests to #PressForProgress - this year’s International Women’s Day theme.

Leona Watson, director of Cheeky Food Events, also shared her inspiring story of founding a team-building cooking company. She spoke about how she uses digital tools to reach new customers. 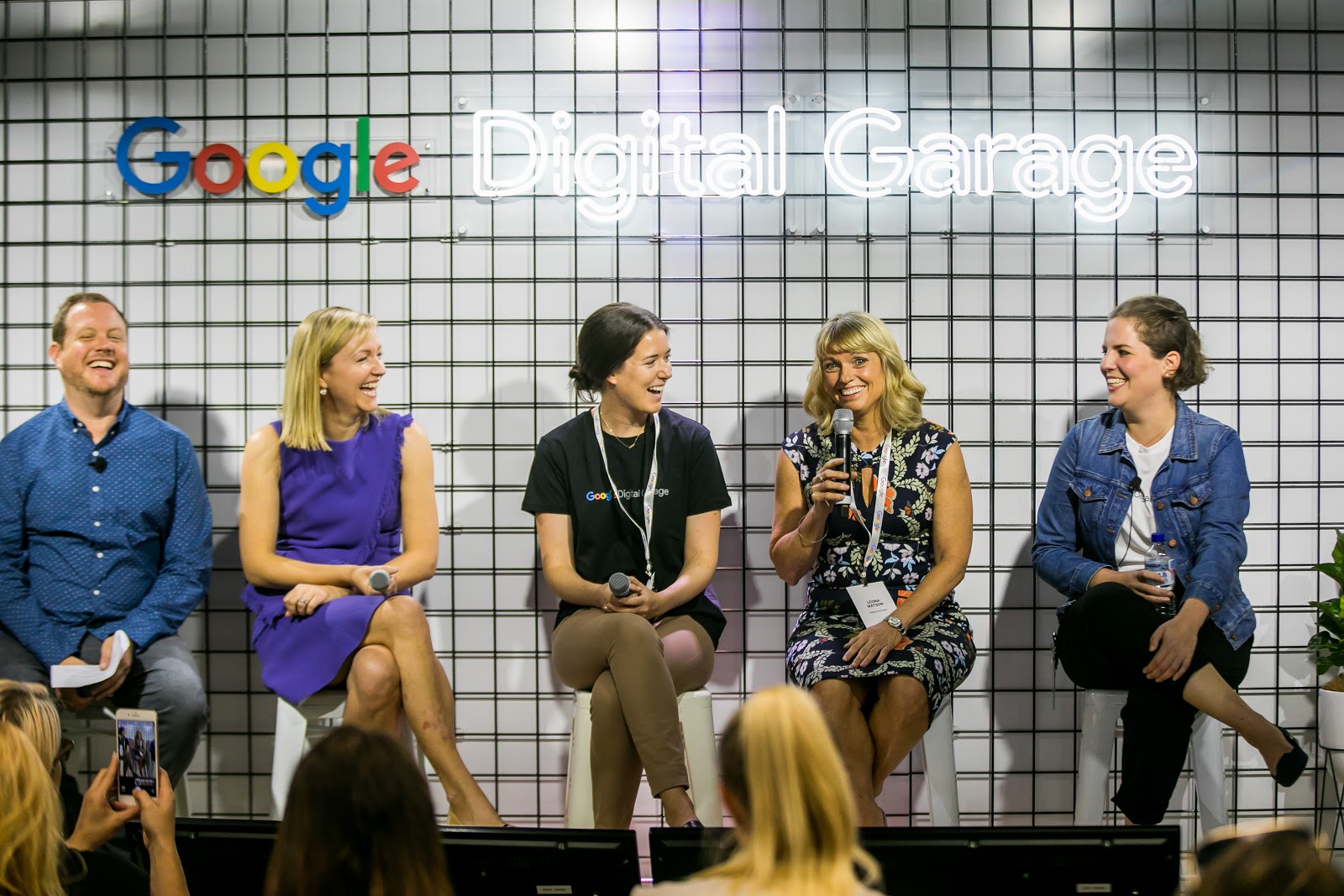 The Australian production industry has also come together to celebrate gender inclusivity with a short film produces by a predominantly female crew.

#BesideNotBehind was written, shot, edited and released in the course of two weeks.

It plays on the old saying that “Behind every great man is a great woman” and promotes the message that support can, and should, go both ways. You can watch Beside Not Behind below and on the Beside Not Behind Facebook page.

Olivia Cheung, integrated producer at The Royals, and Cassie De Colling, award-winning director with The Otto Empire, came together after hearing too many stories about discrimination and gender bias in the film and advertising workplace.

In the Australian film industry, women make up 32% of producers and just 16% of directors and 23% of writers.

Cheung says: “It was an ambitious goal to begin with; typically a social campaign of this size would be planned for at least six months, and we managed to get this together from concept to delivery in three weeks, with the support of so many people willing to donate their time and skills.”

De Colling adds: “We’ve made a lot of progress in removing gender bias, differences in pay gap, creating more opportunities for women and men to stand shoulder to shoulder. I was keen to make a piece people would watch and feel like they could acknowledge the subtle differences of the current gender divide but more so be a part of the message of acknowledging and supporting each other.” 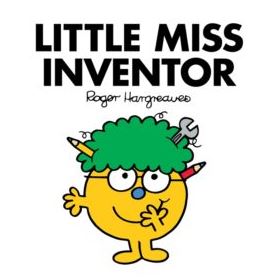 Egmont Publishing and Sanrio, which own the Mr Men and Little Miss franchise, have introduced Little Miss Inventor. Launched in the UK to coincide with IWD and British Science Week, the new Little Miss character is “intelligent, ingenious and inventive”.

She invents things for herself and her friends.

Creator Adam Hargreaves says: “I always enjoy creating a brand new character for the series and it was fun coming up with lots of crazy inventions for Little Miss Inventor’s home and silly ones for all her friends. It’s also been nice to write a story that promotes a positive role model and to challenge a stereotype, if only in a small way.”

Hot on the heels of the launch of its Female Futures initiative, Bauer has revealed a new slice of research looking at equality and positive role models. While women are still fighting for equality, the research shows that it’s not just gender parity they’re after - it’s equality for all.

It also showed that 40% of women think there should be quotas to get more women into director roles, and 73% believe there aren’t enough women in senior roles.

Anna Preston, Bauer Media’s national strategy and insights manager says: “Women want a world where people are judged simply as people – based on their personality, actions and accomplishments and nothing else. The world of true equality is also one where men can freely show emotion, more women and men work in non-traditional roles and where partners can choose who stays at home or is home more to care for the family”.

The publisher, which has a number of women’s titles, also launched a number of initiatives to market IWD including a ‘random acts of kindness’ effort from Women’s Day, a lunch hosted by Cosmopolitan editor Keshnee Kemp.

“It’s a privilege to be able to celebrate International Women’s Day with such gusto,” explains Fiorella Di Santo, GM of food, fashion, luxury and homes.

What have we missed? Email us.