Intel signs Olympics deal and will bring VR to the Games 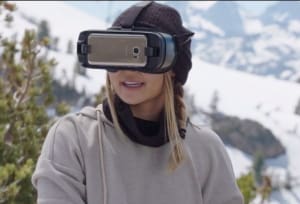 Sports fans will be able to enjoy the 2018 Winter Olympics in virtual reality, thanks to a new partnership between Intel and the International Olympics Committee.

Intel has signed on as a top-tier sponsor until 2024 and says it will work with the International Olympic Committee to “reimagine the future of the Olympic Games”.

The news comes in the same week McDonald's announced it is axing its 40-year partnership with the Olympics three years early.

Intel will use technology such as 5G, VR, 3D and drones to drive fan interaction and ‘enhance the Olympic Games”.
The Olympic Games gives Intel an “unparalleled global platform” to showcase what its technology can do, according to the brand, and it believes it can “transform the future of sports”.

Its first major Games activation will be at next year's Olympic Winter Games in Pyeongchang, South Korea, where Intel technology will provide real-time virtual reality viewing.

The tech company will also work with all other Olympic partners to integrate technology into all elements of Games.

“Intel is a world leader in its field, and we’re very excited to be working with the Intel team to drive the future of the Olympic Games through cutting-edge technology. The Olympic Games provide a connection between fans and athletes that has inspired people around the world through sport and the Olympic values of excellence, friendship and respect,” says  IOC president Thomas Bach.

“Thanks to our new innovative global partnership with Intel, fans in the stadium, athletes and audiences around the world will soon experience the magic of the Olympic Games in completely new ways.”