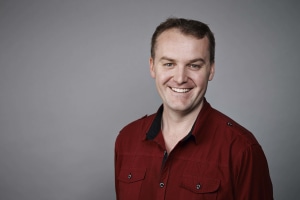 Initiative Australia has appointed Chris Colter to the role of national strategy director, AdNews can reveal.

Colter had been working at IPG Mediabrands' and Initiative sister agency, UM, heading up strategy out of its Sydney office.

During his time with UM, Colter became known for his work on the Tourism Australia account and was a key member of the Dundee campaign team, which earlier this month won the AdNews award for Media Campaign of the Year.

“We are delighted to have Chris on board, as are our clients. He is in the very upper echelon of global strategic talent given his ability to balance high level strategic thinking with courageous ideas that permeate culture," Initiative Australia CEO Melissa Fein says.

"It’s this talent that has brought him so much recognition in recent years and we will be fully empowering him to expand and explore that ability with Initiative and our growing portfolio of brands.”

Colter will report to chief strategy officer Sam Geer, who was appointed to the role last year. As part of the new role Colter will also lead strategy for Carlsberg across APAC.

Initiative's latest appointment builds upon a strong year for the agency, which has secured major client wins including the $3m Fujitsu Australia and the Australian Radio Network. The agency also retained major client Officeworks at the end of 2018, with the account worth $25 million and Swinburne University at the start of 2019.

The agency has also undergone restructuring over the past 18-months, as it takes a more "people focused" approach to its staff. AdNews previously spoke to Initiative's Scott Laird on how the changes had impacted the agency.

Gupta, who joined from Wavemaker where he had been the agency's APAC chief strategy officer, is now part of UM’s senior leadership team, reporting to CEO Fiona Johnston.