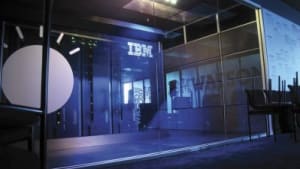 IBMiX is bringing a new beast to compete in the world of marketing, media, agencies and creative. Big Blue’s 18-month-old global venture, crowned for two years running by AdAge as the largest digital agency in the US, is getting closer to stitching creative nous with data scientists, customer experience design, communications messaging and the technology and systems smarts to design and deploy organisation-wide transformation. Paul McIntyre spoke to its global chief creative officer.

Only the geekiest of geeks would dare lob IBM as their go-to outfit for creativity and design. But flush with former agency creative types and on the global hunt for more, IBM Interactive Experience (IBMiX), is constructing new ways to work on blue chip digital briefs with a startling cluster of new-world professions and talent.

The standalone IBM unit, with more than 20 creative “studios” around the world – Melbourne is Australia’s base camp – already generates an estimated $US1.6 billion in revenues according to AdAge.

IBMiX is no experimental lab. When Citibank wanted to be the first financial services group to design and launch an app ready for the Apple Watch, its digital marketing team turned to IBMiX.

The specs are wild and hairy but this venture is a sign of the times. Global chief creative officer Joanna Peña-Bickley at IBM, a former agency creative at Digitas, Organic and Wunderman, says it’s all about data informing creative development and ideas.

“On Citibank it meant data not only informed the insights of what people are interested in when it came to their finances in wearables, but a kind of step forward where it was looking at what was the appropriate data to surface at any given time,” she says.

“Money is very personal, so on a new platform like wearables, where does it belong? What belongs there? And once we really analysed it and said ‘OK, people look at their money differently – a credit card customer is different from a banking customer and these are the kinds of mindsets they have’, then it was what is the data that we need to expose to them and design it in a way that is so simple that they don’t need to be an economist to look at their bank balance.”

To work all that out took the IBMiX and Citi teams 120 days, from start to finish. “If you look at Cannes,” Peña-Bickley says, “it used to be about innovating customer messaging, and now the whole world is shifting to innovating around customer experience, and that’s at the heart of what we do.”

It’s also why she says she made the transition from the traditional communications and digital agencies to IBM.

“Why the Deloittes and the IBMs and consulting companies have become significant is because in order to get to customer experience, most enterprises have to go through a digital transformation,” Peña-Bickley believes.

“If you look at the briefs we are getting around customer experience or even employee experience through digital transformation, we know that if you want to truly change your business model there is a significant amount of integration work that builds into that and the ability to solve the business problems.

“Those functions can’t work in a silo when you’re trying to get to the best customer experience. Where the advertising industry falls is that their relationship and their services have always been
traditionally in the CMO’s office and communications.”

Paul Papas, the global lead on IBMiX, who joined IBM when it acquired PwC’s consulting practice (and 35,000 people) in 2002 for $3.5 billion (PwC has since re-entered the management consulting business), sums up IBM’s digital offer this way: “We’re positioning ourselves around thinking bigger than an agency and being more creative than a consultancy, with the unique power to integrate the whole system around the customer experience.”

Inside the IBMiX Design Studio at Boston

Papas says the catalyst for creating IBMiX came from how companies were approaching the disparate parts of IBM services, as opposed to the pure hardware and enterprise technology units - whether it was an overhaul of a client’s digital presence, an e-commerce build or a customer strategy brief.

“It was like four different streams we used to engage on in the past, a lot of times independently. And then over the past few years, each of those teams became so highly interdependent we couldn’t do strategy work without considering the design of a customer experience.

“We couldn’t design the customer experience without having deep analytics to understand the customer. And we couldn’t do any of that work, strategy or design, without understanding the underlying technology of how you’re going to implement all that for a client. And hence, the four core capabilities housed in IBMiX, bringing together the group’s capabilities across strategy, creative, design, analytics and technology implementation.”

For a former agency exec, Peña-Bickley says IBMiX is the forerunner to what many agencies will become.

“You’re going to see a significant change in the way that agencies work because they have to,” she says.

Both Papas and Peña-Bickley were in Cannes this year - a first for IBMiX - and she is on the hunt for creative talent to advance the company’s capabilities.

“There’s a lot of angst within the [agency] talent pool,” she says. “We have to fill those [IBMiX] studios with the very best who are willing to think a little different. The kind of clients we are talking to are going to be the CMOs who are ready and have made the decision that they have to move from 360 degrees of communication to 365 days of [customer] connection.”