Holden partners with PacMags in an attempt to inspire women 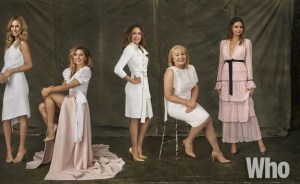 Six months ago, during the Holden creative pitch process, the car brand’s CMO Mark Harland, told the AdNews Media + Marketing Summit Melbourne that the agency that could crack marketing cars to women would be the agency they chose for its SUVs.

“We know that strong, independent, self-assured women are driving SUVs, whether that's family or working young professionals.” Harland explained back in August 2017.

“Yet every single SUV advert is a male … Jeez, it's crap right? And it's so boring. No one has nailed this space talking to women the way they want … This is the white space and this is where we want to go. As many of you know we have put our creative account up for pitch. The person who nails this will have our account. This is where we want to take our brand - into this uncharted territory that the industry is failing at.”

Holden has today unveiled a partnership with Pacific Magazine’s Who magazine, which it thinks is part of the bigger picture in marketing to women. But whether a celebrity-filled partnership with a celebrity gossip magazine is the answer to Holden’s challenges in marketing to women is yet to be seen. Holden works with Carat and The Monkeys went on to win the SUV pitch, but it's not clear if there was any involvement in this campaign.

The ‘Women Who’ campaign bids to recognise Australian women who have challenged the status quo and influenced society.

In a statement, Emma Nolan, editor of Who, says: “The Women Who initiative shines a light on visionaries who have inspired and empowered us to think, speak and act differently.

“Rather than commending women for their authority and fame, the purpose of this campaign is to recognise women who continually lead, inspire, fight and care.”

It will roll out across Who’s print, digital and social channels as well as across Channel Seven’s Morning Show. It comes at the same time as Who unveils a new digital platform.

Natalie Davey, Holden GM of marketing and digital communications, says: “As an iconic Australian brand, we have a responsibility to evolve with Australians and change the conversation and perspectives on women.

“Supporting gender equality and empowering women is very important to Holden, which is why we are proud to be part of such an incredible initiative celebrating the achievements of so many inspiring women.”

Pacific says Who delivers a total audience footprint of over 1.7 million touch points every month with the site growing 78% in UAs since May 2016.