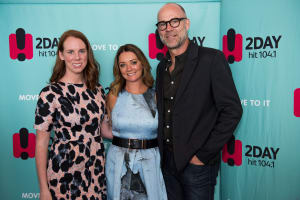 Southern Cross Austereo's (SCA) Hit Network has refocused its content, music and storytelling to target women as it looks to tap into a “new wave of feminism”.

The network, which recently overhauled its Sydney breakfast team, putting Rove and Sam at the helm, has undergone a number of changes in the early months of 2016 to coincide with a marketing push for the station.

Hit has always had a strong female skew, but its head of content Gemma Fordham says the station now has a more targeted view, specifically positioning it opposite its heavily male-skewed stablemate Triple M.

“The interesting thing for us at SCA is that when you think of Triple M we all know immediately that it's a brand targeted towards males,” Fordham says.

“With Hit, we hadn't previously targeted females. We were definitely skewed towards females but we hadn't been specific in the way that we were scheduling and programming our content; that's all changed.”

Fordham says the network's new target demographic is the “conflicted coper”; a busy, modern woman who “wants it all”.

To realign this focus, Fordham says the station has overhauled its tone of voice; moving away from “glossy and gossipy perfectionism” and tapping into a renewed focus on feminism.

“We've taken a really hard look at our tone of voice and how we're talking to women,” Fordham says.

“We're really aware of this new wave of feminism and it's about talking about issues that are a real priority for women, especially larger issues like equal pay and body image.”

It has also had an impact on the Hit Network's music selection, which for the past several months has had a focus on “hits and old school”.

Fordham says the network has introduced segments including R'n'B Fridays and Old School with a heavy focus on nostalgia, which aims to evoke emotion, given research suggesting emotion tends to be a strong pathway to female engagement.

Internally SCA is looking to shape its content towards its new female target audience. It is also hoping to convince brands it can. Yesterday, the network launched a study 'Commonalities & Complexities: A Study of Her', which aims to give brands an insight into how to target women and how SCA can help.

The report is broken into four age demographics and highlights to marketers how they can best connect with women of different ages.

Fordham says the insights from the study will also be used to inform the content SCA creates for itself and for brand partners.

“Our new mantra, which we're using to program the network and speak directly to women is that we celebrate that women are beautifully imperfect and subsequently our content is reflecting her word,” Fordham says.

“We're creating content at the Hit Network that genuinely connects and by connecting we build trust.”