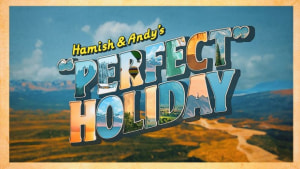 The series which sees the popular duo travel around the US together also drew a further 335,000 regional viewers, taking its national audience to 1.21 million.

The show went head-to-head with the season two return of Zumbo's Just Desserts, which had been off the air for three years, following its first season run on Seven in 2016.

Seven's latest attempt at a reality cooking show was unable to keep up with Nine in primetime, with Just Desserts managing only 446,000 metro viewers, a further 275,000 regional viewers and a national audience of 811,000.

Ten aired another episode of The Graham Norton Show, for the second week in a row, drawing an audience of 272,000.

In the overnight main channel battle, is was Nine that won the night with a 22.7% share, while Seven followed in second place with 16.8%.

For the second Sunday in a row, Ten fell below double digits and slipped to fourth place behind the ABC's 11.8% share, mustering an 8.6% share.