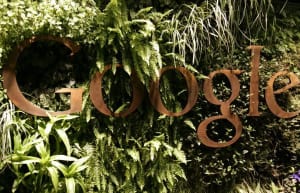 Google has unveiled a number of ways it is evolving its digital products and is working with publishers to make improvements on subscriptions, helping publishers make more money through subscriptions platforms.

While Google catches a lot of flak for disrupting the publishing model and causes headaches for publishers, speaking with AdNews last month when he was visiting Australia to meet with local publishers, VP of Google News Richard Gingras said actually it wasn't Google that caused it - it was the internet.

He also said Australian publishers have the same concerns as publishers elsewhere across Asia, Europe and the US - namely how they get content in front of audiences, emphasise the value of their subscriptions and monetise it accordingly.

In a Google Blog post today he outlines the initiatives in full.

First Click Free has been demonised by publishers for allowing users to circumvent paywalls by going through Google. It required all publishers to allow a minimum of three articles free via Google Search and Google News. Under the new platform, publishers can have better control of how people access their content through Google. They can, in theory, put in place their own subscriptions parameters and tweak them however they want to allow more or less ‘sampling’ of content for free via Google’s portals.

Gingras says in the blog post: “Our goal is to make subscriptions work seamlessly everywhere, for everyone.

“Longer term, we are building a suite of products and services to help news publishers reach new audiences, drive subscriptions and grow revenue. We are also looking at how we can simplify the purchase process and make it easy for Google users to get the full value of their subscriptions across Google’s platforms.”

Google is recommending monthly metering offering 10 stories per month, rather than a daily allowance to free articles, because it means publishers can gauge appetite for their content and target those more likely to subscribe on a ‘try before you buy’ basis.

Google has worked with publishers to develop the new policies and says it has observed long-term tests with The New York Times and Financial Times, which both operate paywall subscription models, and it's endorsed by The New York Times.

"Google's decision to let publishers determine how much content readers can sample from search is a positive development,” says Kinsey Wilson, an adviser to New York Times CEO Mark Thompson.

"We're encouraged as well by Google's willingness to consider other ways of supporting subscription business models and we are looking forward to continuing to work with them to craft smart solutions."

Subscription support is another area of focus.

Google says it is also working with publishers to make subscribing easier for audiences. This means it is tapping into its payment technologies and its own database of payment details it has on record to allow one-click subscriptions. The aim is to reduce the barriers for potential subscribers put off by having to register, enter card details and set up an account.

Gingras says: “People are becoming more accustomed to paying for news, the sometimes painful process of signing up for a subscription can be a turn off. That’s not great for users or for news publishers who see subscriptions as an increasingly important source of revenue.”

It is also looking at how artificial intelligence technologies can help publishers identify and target potential paying subscribers.

The Financial Times chief commercial officer Jon Slade is on board.

“It's extremely clear that advertising alone can no longer pay for the production and distribution of high quality journalism and at the same time the societal need for sustainable independent journalism has never been greater. Reader-based revenue, aka paid-content, or subscription services, are therefore not just a nice-to-have, but an essential component of a publisher's revenue composition,” he says.

Google is currently at the centre of a public enquiry around the future of journalism in Australia, alongside Facebook, which indicates just how seriously their roles in the future of sustainable media is being taken by the Australian government.