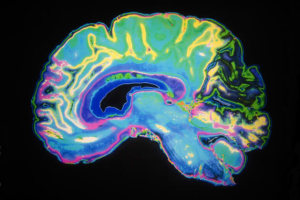 The Iconic Trigger study by Neuro Insights was commissioned by Ooh!Media and found that using the most powerful, or iconic, moment in a television commercial or video pre-roll in out of home (OOH) advertising, could boost consumer’s long term memory measure by an average of 42%. The iconic image acts as a “replay button” triggering memories previously stored while watching the entire commercial.

The study was conducted over two years and more than 60 commercials were analysed. It initially had consumers view television commercials while brain patterns were monitored for iconic triggers. Weeks later, further neuro testing was conducted using those identified trigger images in OOH advertising scenarios.

Ooh!Media CEO Brendon Cook told AdNews that OOH has traditionally been seen as an amplifier of television, but this study takes that relationship one step further.

“Media agencies were saying to us that clients were rejecting campaigns based on the fact that they weren't comfortable with the creative that was being put up to them was going to work,” Cook said.

“The key for us is finding out how we make sure OOH can work even better in a changing world where you are used to buying certain amounts of TARP penetration to ensure that your messaged work.

“We looked at how do we take the unique benefits that the television commercial delivers and make sure we’re amplifying it even stronger.”

Carlton Draught’s ‘The Great Beer Chase’ was one of the advertisements analysed, with the study uncovering various moments in the commercial which could be utilised on outdoor signage to tap into viewers long term memory.

Cook said the study proved the effectiveness of a trigger moment applied without any creative treatment, and said the results could be even greater once agencies were set to work on the trigger image.

“At the end of the day all the creatives are working to is what is that emotive thing that is going to change long term memory and how to treat that better to give it the life that it deserves,” Cook said.

“The obvious result will be you get better working campaign on the streets, for those clients they’ll see improved sales result an that will ultimately lead to us for greater use of the medium which is what as a business you desire.”

“But the key is they now have the science to understand it and they can also give the client a security blanket to ensure that they are right in what is being done as well.”

Cook said that Ooh!Media is now in the process of visiting creative agencies and showing them how they can uncover the “trigger moment” in new and upcoming campaigns. While the study is focused on proving the ROI of static OOH, Cook said looking at the effectiveness of full-motion digital is likely to be the next study the company undertakes

In addition Cook said the neuroscience study will be released in upcoming weeks as a whitepaper.

“What clients have got to come to grips with is they probably have to reduce their TV expenditure and increase their OOH expenditure to get the same audience benefits they used to see from television alone,” Cook said. “This part of helping them understand that shift.”