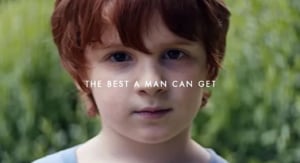 P&G says it hasn't been impacted by the furore Gillette's 'We Believe' ad caused, announcing second-quarterly sales of US$17.4 billion.

The ad for the razor brand questioned harmful behaviour boys and men engage in towards women and asked 'Is this the best a man can get?'.

The online world immediatley reacted with praise and anger.

Professor Mark Ritson joined the crowd against the ad, declaring it the 'worst ad of the year' and predicted it would cause sales to tank.

Many other online users vowed to never purchase Gillete's products again and some even posted images of razors thrown in bins and toilets.

However, P&G vice chairman and CFO Jon Moeller addressed the press after the company released its second-quarter earnings yesterday and said it's hasn't been affected in any way, according to a report in Adage.

“We've received unprecedented levels of both media coverage and consumer engagement in that campaign," Moeller said.

“It's part of our effort to connect more meaningfully with younger consumer groups.

"Early results when you look at the age-group specifics, both internally and externally, reflect that we're accomplishing that objective."

Australian video ad tech company Unruly measured how the ad performed locally and found it caused as much emotional backlash here as it did globally.

The ad significantly outperformed the national norm for emotional response by 73%, with 18% of viewers ‘inspired’ by the ad, compared to the norm of 5%. 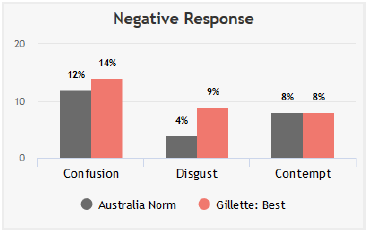 To better understand the impact of the ad on Gillette's sales all eyes will be peeled for its third-quarterly earnings.