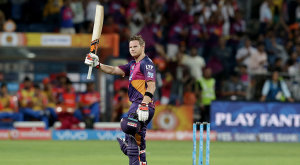 Fox Sports has retained the rights to the VIVO 2019 Indian Premier League (IPL) cricket tournament, one of the world's largest T20 cricket contests.

The league, which often features some of Australia's top cricket talent, including former Test captain and vice-captain Steve Smith and David Warner, is one of the most watched cricket tournaments.

Last year it was revealed Facebook had launched a bid for the global broadcast rights for the league, worth close to US $610 million over five years, however was beaten by Indian TV network Star, who paid a massive US $2.55 billion.

The IPL, which is the same format as the Australian Big Bash League (BBL) will be staged over a six week period from 23 March with up to 60 matches scheduled to be played.

The full schedule for the VIVO IPL 2019 is yet to be confirmed, subject to the announcement and impact of the Lok Sabha 2019 election dates in India.

Coverage of the IPL will be broadcast across the Fox Sports and Foxtel channels and will also be available to stream on Foxtel Go or via Foxtel’s streaming service Foxtel Now.

All matches will also be available to stream Live and on-demand on the stand-alone sports streaming service Kayo Sports.

This is the second major sporting win for Foxtel in a week, with the pay-TV business winning the rights for the upcoming 2019 Rugby World Cup. As part of the deal Foxtel will broadcast every game from the tournament live and on-demand.

Kayo will also broadcast the tournament, with CEO Julian Ogrin previously telling AdNews he expects the business to ramp up its customer acquisition during the winter sporting months this year.