Fairfax staff call on advertisers to back strike 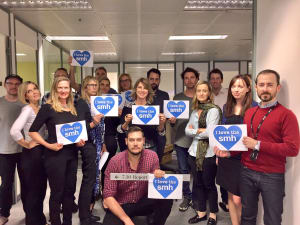 Fairfax Media staff are now lobbying advertisers and investors to back striking workers and the current protest.

This week staff at several Fairfax papers voted to walk off the job for seven days following Fairfax Media's announcement that it will cut 125 editorial jobs. The job cuts, which impact 25% of Fairfax's metro newsroom, are part of a $30 million restructure announced earlier this year.

Speaking with AdNews, journalist Marcus Strom says he is urging advertisers to question Fairfax executives on the cuts and place pressure on the publisher.

"We aren't calling for advertisers to withdraw ads. We are calling for them to leverage their commercial relationships and have conversations," Strom says.

"Advertisers want great audiences because that's what they make money from and those audiences won't exist if cuts continue and the quality of the papers drops."

Some advertisers AdNews has spied in The Sydney Morning Herald include David Jones, ShopStyle and Alfa Romeo. AdNews has approached them for comment.

Speaking at a Macquarie Connections Conference in Sydney yesterday, Fairfax CEO Greg Hywood said the latest cuts are the last stage of the major restructure that began five years ago.

“Our three publishing businesses have made considerable progress in transforming to more sustainable models,” Hywood said.

“Clearly we have made some tough decisions to make our publishing division sustainable. We don’t back away from it – and are glad that we started getting it in order five years before most other media companies began to face the global and local industry realities.”

It remains unclear how the strikes are impacting ads running in Fairfax titles.

The papers are still being produced, mostly with syndicated news and will be printed next week during the federal budget, one of the busiest times of the year for newspapers.