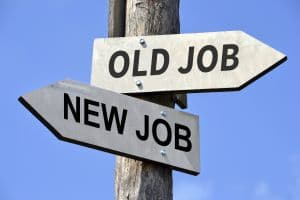 Fairfax Media is now promoting its Employment Network with a video series and an agency and client roadshow to sell the fact it has an untapped audience of passive job seekers, who aren't on a typical jobs board.

The publisher has been sitting on its employment network for sometime, however over the past three weeks Fairfax has had over 70 meetings with agencies and clients to boost awareness for potential clients.

According to the publisher, the strength of the network lies in its ability to reach both active and passive candidates throughout the day, across all its mastheads, with a combination of desktop, print, mobile, tablet and native advertising solutions.

Fairfax Employment Network national sales director Chris Iliadis said: In terms of the passive space, we've actually done some qualitative and quantitative research to identify how many people are in that space, it's roughly 80% of our audience.

“These are people who are interested in learning about new jobs but they won't actually search for them. We thought that was a really strong argument for us to take out to market and to speak to our perspective clients about.”

The publisher believes it doesn't have any competition in this space because it doesn't operate like other job seeking services, which are largely job boards.

“We're not competing with the likes of Seek or Indeed because they're job boards,” he said. “We're unique in this space, we don't have someone who is competing with us in this space or other players that have the ability to reach the high level of quality candidates that we are able to.”

The publisher hinted to the fact that since the road show kicked off clients had signed on for campaigns, however Iliadis wouldn't reveal who.

He also noted that since the publisher is investing in its video series and pushing its employment service there is now a possibility that network could become a “substantial” revenue driver for Fairfax.

“The feedback we've had to far has been really positive. We're confident that it will generate substantial revenue from this based on some of the conversations we've had in the last three weeks and the interest that's been shown by our clients.”