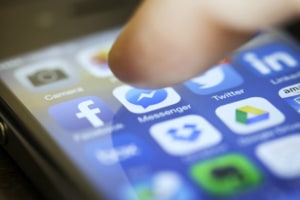 Facebook has once again addressed the advertising industry, both in the US and locally, as a boycott against the platform kicks off for its handling of hate speech.

Brands such as Target, Ben & Jerry’s, Verizon and Puma are pulling ads from Facebook for the month of July, according to the Stop Hate For Profit group, and demanding that it does more to stop hate speech spreading on the platform.

Some brands, such as Unilever, Lego, Coca-Cola and Starbucks are halting ads across all social media, with Unilever saying it would pause all social media advertising for the rest of the year.

Facebook has responded to the industry’s call for action with measures, including banning ads that vilify minority groups, such as refugees, and taking action around misinformation to discourage voting during the November presidential elections.

Locally, Facebook Australia and New Zealand managing director Will Easton has also addressed the issue. While AdNews isn’t aware of any Australian brands that have joined the current boycott, Easton says he has been speaking to the industry over concerns around hate speech.

“Over the past few weeks we have been listening to the concerns of our advertising partners, creators and agencies in Australia/New Zealand and discussing the changes we have made to our policies and our services over the last few years and more recently,” Easton says.

“There is a heavy responsibility on companies like Facebook to limit the spread of hate speech and wrestle with the complex issues involved .

“We’ll continue to work hand in hand with our partners and industry experts to develop even more tools, technology and policies to make progress against hate together.”

In the US, the company’s vice president of global affairs and communications Nick Clegg has written a letter to the industry, acknowledging the criticism it’s faced, particularly from advertisers, for its decision to allow a controversial post by President Donald Trump to stay up which helped spark the latest wave of backlash against it.

Clegg says Facebook does not profit from hate, but it does “hold a mirror up to society”. He continued to push Facebook’s stance on freedom of expression.

“When content falls short of being classified as hate speech — or of our other policies aimed at preventing harm or voter suppression — we err on the side of free expression because, ultimately, the best way to counter hurtful, divisive, offensive speech, is more speech,” he says.

“Exposing it to sunlight is better than hiding it in the shadows.

He also highlighted the increased investment the company has taken to address the problem.

“Last month, we reported that we find nearly 90% of the hate speech we remove before someone reports it — up from 24% little over two years ago. We took action against 9.6 million pieces of content in the first quarter of 2020 — up from 5.7 million in the previous quarter.”