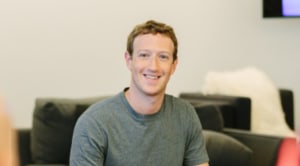 Facebook’s advertising revenue and user engagement grew in the second quarter, despite the pandemic’s squeeze on the advertising market and a boycott by some big brands.

The social media company reported revenue of US$18.3 billion for the last quarter, up 10% from US$16.6 billion the same time last year. Net income was US$5.2 billion, up from US$2.6 billion.

However, Facebook expects daily and monthly active users, boosted by lockdowns in the first half of the year, to flatten or decline in the next quarter as stay-at-home orders ease around the globe.

Despite revenue growth slowing in the second quarter due to the pandemic, Facebook’s results still beat analysts expectations.

“Facebook has successfully attracted digital-native businesses to its platform, especially those market products or services that can be used or consumed by people staying at home,” says Debra Aho Williamson, eMarketer principal analyst.

"We think that Instagram has played a major role in Facebook's ability to withstand the effects of the pandemic. Although Facebook doesn't release details about Instagram's revenue, we believe that Instagram has been a rapidly growing contributor to the company's total revenue, and that its success is helping to buoy Facebook as a whole.

"Looking ahead to Q3 2020, the revenue growth rate guidance Facebook has provided is sobering, but again, reflective of the uncertain state of the world's economy."

Facebook didn’t outline to what extent the advertising boycott from brands such as Unilever, Coca-Cola and Lego has impacted its revenue. However, an increasingly diversified advertiser base means the impact was limited.

“Facebook has been a lifeline of economic activity during a time when offline activity has been curtailed, our growth was primarily driven by small and medium-sized businesses around the world who leveraged our advertising platforms to connect with customers,” David Wehner, chief financial officer, said in a call to analysts.

“As a result we continue to see increased diversification among our advertiser base. In Q2 our top 100 advertisers represented 16% of our ad revenue which is a lower percentage than a year ago.

“On a user regional basis, ad revenue was strongest in the US and Canada, Asia Pacific and Europe, which grew 14%, 11% and 9%, respectively. The rest of the world declined 6% and was impacted by challenging macroeconomic conditions as well as foreign currency headwinds.”