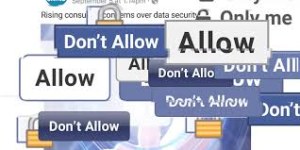 Nearly US$120 billion was wiped off Facebook’s market value as it shares plunged 19% in trading Thursday to $US176.26, marking the worst single-day evaporation of market value for any company.

The crash came after the tech company announced it missed expectations on revenue and warned growth could be far weaker than previously estimated.

The results are a wakeup call to Facebook, which hasn’t missed revenue estimates since 2015, following a period in which data-privacy issues came under harsh scrutiny and several scandals plagued the platform.

Facebook said the slowdown will come in part from a new approach to privacy and security, which has partly been driven by the Cambridge Analytica scandal and new laws surrounding GDPR.

Founder Mark Zuckerberg, who has a 13% stake in Facebook, saw his fortune drop by more than $US12 billion in less than 24 hours, to around US$74 billion.

Faebook listed operational and other financial highlights including a 47% year-over-year rise in headcount and an 11% increase of daily active users year-over-year.