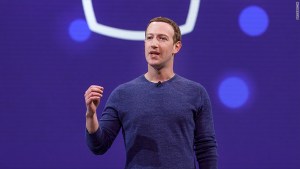 Better privacy tools, new features for WhatsApp and Instagram, a new cheaper VR headset and push into dating were just some of the new initiatives shared on stage during the first day of Facebook's F8 developer’s conference.

The privacy announcement follows the fallout from the Cambridge Analytica scandal and promises users more control over their privacy settings.

Facebook is also offering advertisers a new app to help them monitor the effectiveness of campaigns on the platform, including metrics such as engagement and growth.

Another announcement which will impact advertisers is the “clear history” tool, which is a way for users to clear their browsing history on Facebook.

Zuckerberg admitted he “didn’t have clear enough answers” about data control when he recently testified before Congress, but the company has reaffirmed its commitment to this space.

There are 200 million people who have marked themselves as single on Facebook, he said.

"This is going to be for building real long term relationships, not just hookups, it's going to be in the Facebook app but it's totally optional. It's opt in... we have designed this with privacy and safety in mind from the beginning... you will only be suggested people who are not your friends,” Zuckerberg said.

Facebook also announced various updates to Whatsapp and Instagram as well as a foray into augmented reality with a wearable headset costing under US$200.