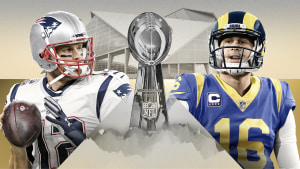 International sports broadcaster ESPN is ramping up its Australian programming presence, revealing that it will be producing an exclusive live broadcast of Super Bowl LIII, as well as announcing a raft of key advertisers.

Airing Monday 4 February, the game between the New England Patriots and the Los Angeles Rams is set to include 40 hours of live programming from Atlanta, as well as an Australia/New Zealand 30-minute pre-game show starting at 9.30am.

Hosted by well know American sportscaster Joe Tessitore, the show includes the countdown to kickoff, the most up to date game analysis, pre-game entertainment and the national anthem.

As part of the announcement, ESPN has also revealed a raft of new advertising partners who have signed on as part of a brand integration strategy.

Brands including Mercedes-Benz, Subway, NIB, Holden, BFGoodrich and Marvel Studios’ Captain Marvel have been confirmed as premier partners for the broadcast.

“We are thrilled to have these brands on board and look forward to connecting them with our Super Bowl audience using a collection of premium integrations and sponsorships," head of Disney ESPN Media Sales and Partnerships, Nik Weber said.

These never before achievable opportunities are a direct result of ESPN’s Monday Night Football team producing and calling the game specifically for the Australia and New Zealand audience. It’s a really exciting proposition for both our advertising partners and our fans.”

ESPN is currently a channel partner of Foxtel, appearing on channel 508. When it comes to free-to-air coverage, Seven currently holds the rights to the broadcast, airing it on its multi-channel 7Mate.

To see the big international brands backing the Super Bowl this year, check out our brand wrap.