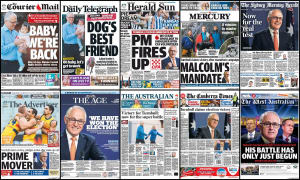 The wait is finally over - Malcolm Turnbull and his Coalition government have been declared the winners of the 2016 federal election after Bill Shorten conceded defeat.

This election marks the first time Malcolm Turnbull has been publicly elected as Prime Minister. Previously, he gained the top job after overthrowing Tony Abbott in a Liberal Party leadership spill motion in September 2015.

The eight-week election campaign is the longest ever held in Australia, with Turnbull calling the vote in May. The dragged out election could be the reason for some papers shifting their focus to other issues rather than focusing solely on election coverage.

Below are how front pages across the country reacted to the protracted win. 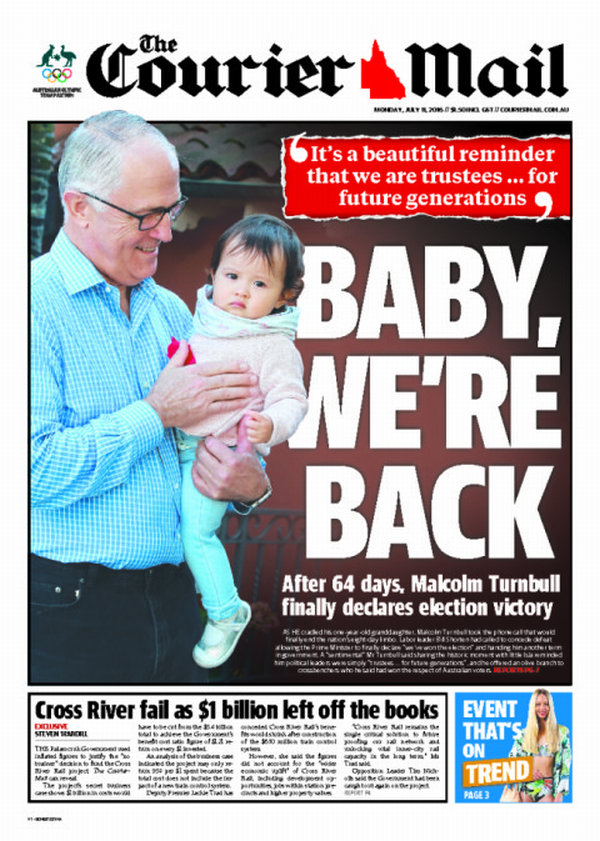 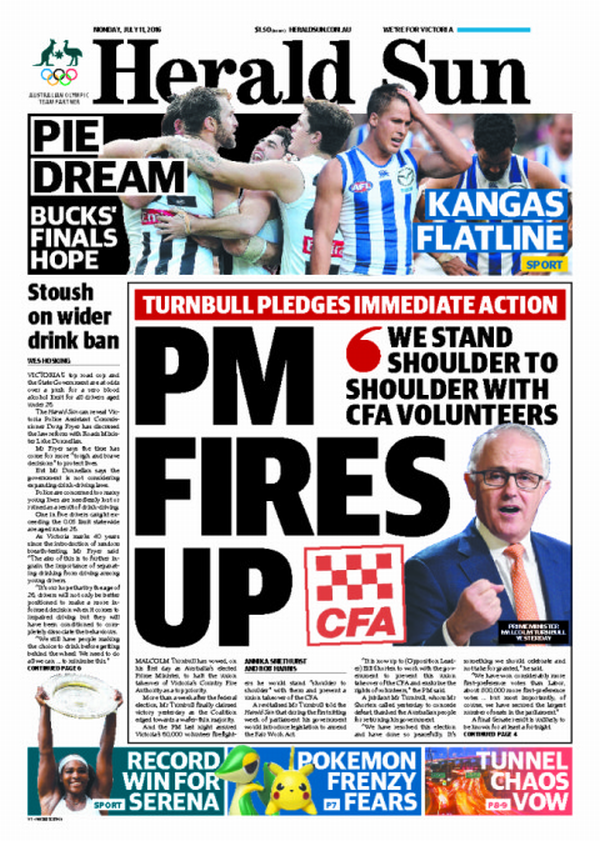 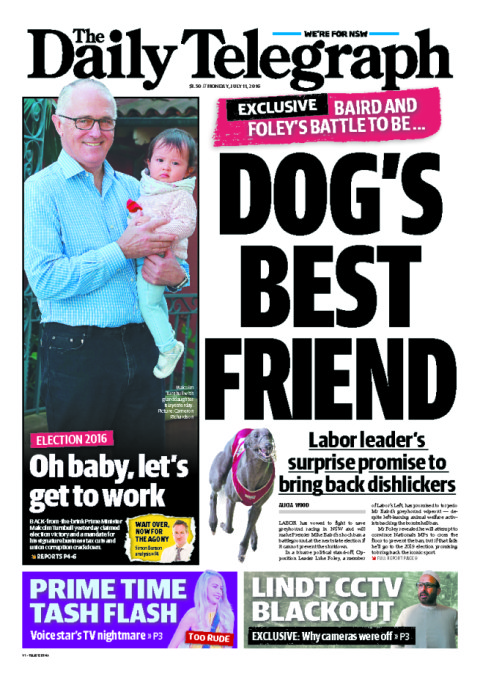 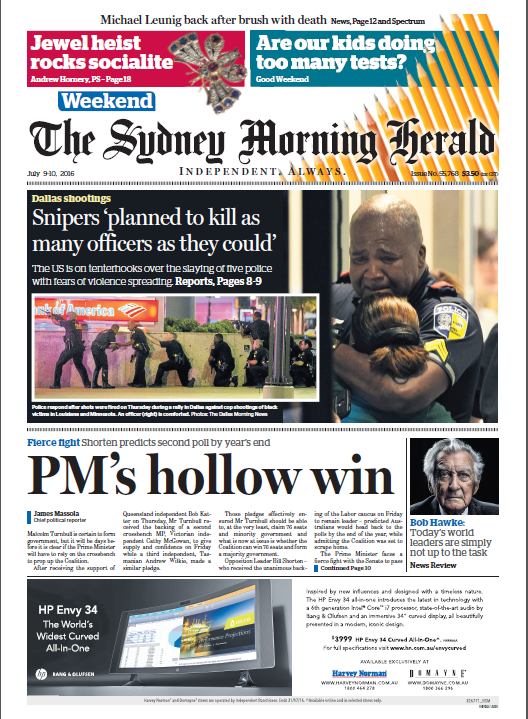 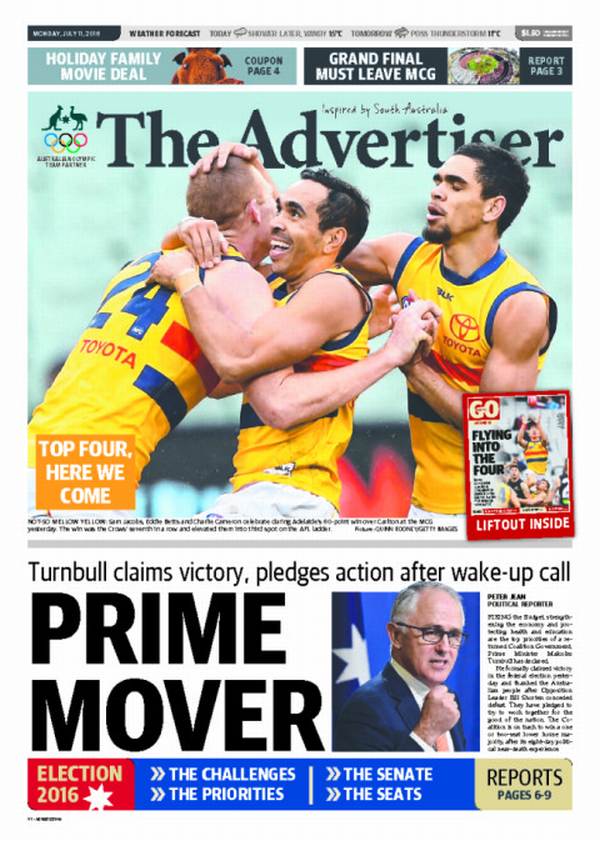 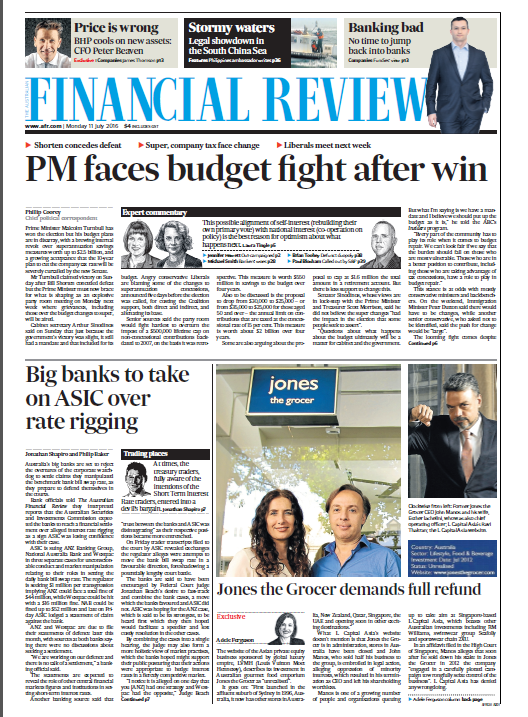 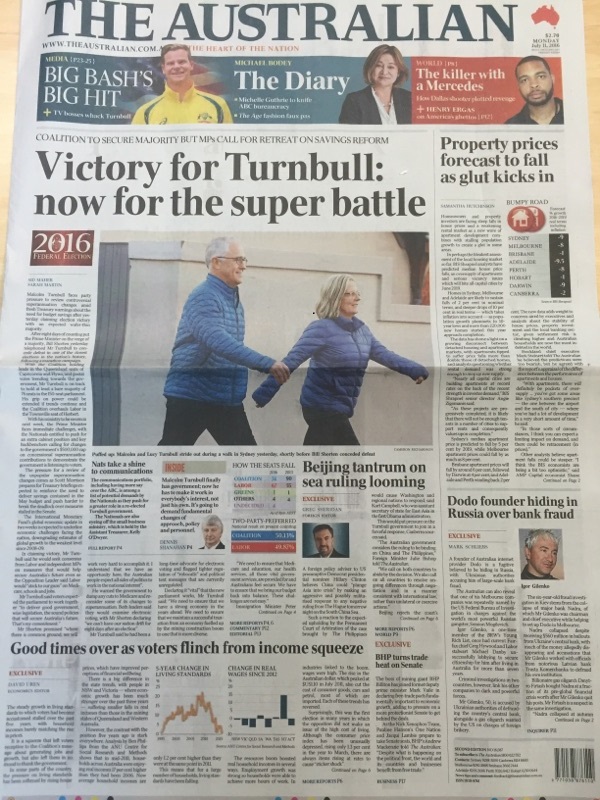 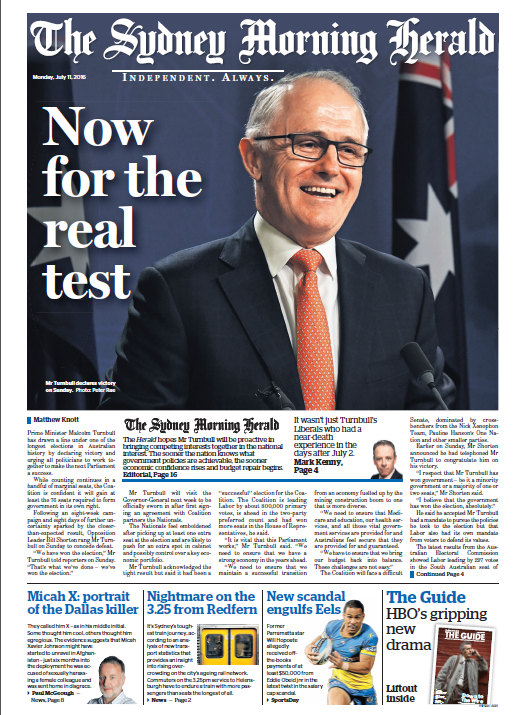 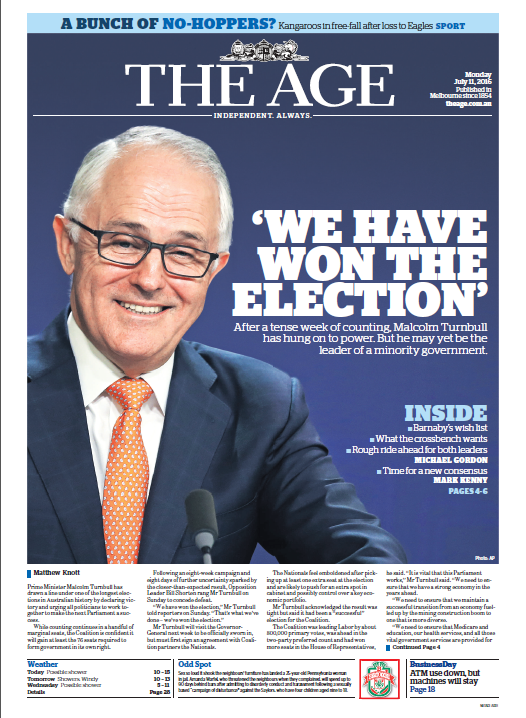