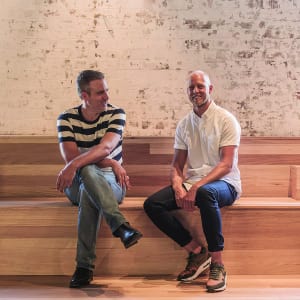 Wesley Hawes, the former joint-ECD of TBWA/Sydney, has departed the agency to join the management team at Marcel Sydney.

Hawes spent eight years at BBH London before being snapped up by TBWA in 2014 alongside long-term creative partner Gary McCreadie. With Hawes now moving to Marcel, it will be the first in 10 years him and McCreadie have not worked together.

AdNews understands Hawes has not been working at TBWA/Sydney for the last six months. TBWA/Sydney have no plans to replace Hawes.

Hawes says: “I’ve enjoyed great success at Whybin’s, both creatively and from a new business perspective, but part of me wanted to get back into the engine room."

“What I like about Marcel is the structure feels super collaborative and immediate. Scott and Nobay still write and Iona and Gav write briefs. I missed this direct involvement in the work and the crafting process. I don’t think any other agency in Sydney offers clients such direct access and consistent involvement from their senior talent.”

Marcel Sydney underwent a restructure at the beginning of 2016 to become the “creative engine” of the Publicis business, with the network retiring its Publicis Mojo brand in the Sydney market only.

Marcel Sydney ECD Scott Huebscher says: “I know what people are going to say… ‘Does Marcel really need more senior people?’ And to that I would say ‘No, we don’t.’ But we didn’t go looking for senior people. We went looking for the smartest, nicest people out there. And we found that in Wes.”

Hawes joins Marcel in mid-January. He’ll be working with the management team across all clients and new business opportunities.