Dow Jones CEO: 'Those who sniggered at paywalls are now blubbing into their beer' 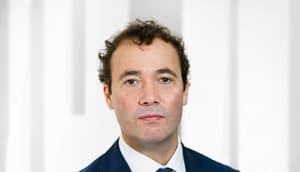 Digital newspaper business models that rely on advertising to mass audiences are “catastrophically unprofitable and unsustainable” says the publisher of one of the world's first and most successful media paywalls .

Will Lewis, the chief executive of Dow Jones and publisher of the Wall Street Journal (WSJ), told the NewsMediaWorks Future Forum a decision to charge readers to access premium content early on in the transition to online media has proven to be a winning strategy.

When newspapers started publishing content online, many publishers viewed paywalls as an impediment to building audience reach and ensuring articles were highly visible to search engines like Google.

However, hopes that digital advertising yields and revenue would replace print never materialised, with many publishers forced to rethink their strategy and find new revenue sources elsewhere.

“As for those who sniggered about paywalls, well a few of them are now blubbing into their organically brewed beer,” Lewis said, before taking a dig at a UK rival.

“In fact, some are even begging their readers to chuck a few pennies into the pint pot to keep things going. They once boasted of their global reach and bathed in a sense of their own worthiness.

“Complacently, they waited for the digital ad dollars to roll in. They didn’t.”

WSJ's model is based on paid-for journalism delivered through a digital membership network with “a much-cherished print product” at the heart of its brand proposition.

The Wall Street Journal is the biggest selling newspaper in the US even if more than half of Dow Jones revenues come from digital. WSJ has 948,000 digital-only subscribers worldwide from Dow Jones' subscriber base of 2.5 million.

On the strength of its member network, WSJ has been able to diversify into events and other services. And it is the company's diverse media and revenue mix that means it is not dependent on digital advertising “that has the competitive life sucked out of it by just a few digital platforms”.

It wasn't just left-leaning newspapers and social media companies Lewis had in his cross-hairs.

He scoffed at Buzzfeed's plans to become the “number one global news brand”, describing Buzzfeed as “made up lists masquerading as journalism”.

He took a shot at media companies who value the number of article shares above the quality of journalism.

And being British, he couldn't refuse the opportunity to remind the audience about Australia's recent woes against England in rugby and Great Britain's Olympic Games success.