Disney+ has launched in Australia 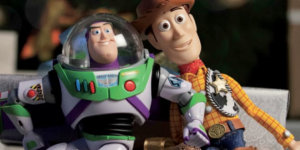 Streaming platform Disney+ has launched in Australia and New Zealand.

The platform is home to thousands of hours of Disney content, including its acquisitions such as Marvel, Lucasarts (Star Wars) and 20th Century Fox.

At the launch event in Sydney, hosted by media personality David Campbell, Disney confirmed that, for the first time in Australia, all 29 seasons of the animated sitcom The Simpsons will be available to stream on-demand via Disney+.

In Australia, the show has primarily aired on Foxtel, Network Ten and now Seven.

The content giant also ended it's short-term contract with Nine-owned streaming service Stan, as it looks to secure its content library in Australia.

However, the launch of the services has not been without early teething issues, with users reporting bugs and error messages.

Users also reported a mass amount of account hacks since signing up to the service, with reports confirming that thousands of accounts have been hacked and sold on the dark web.