Discrimination against men in advertising ends in 2017 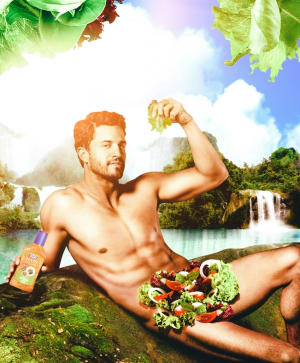 Sex sells, but does sexism fly with the ad watchdog?

The advertising watchdog will take a harder line against ads that vilify men after a spot was banned for suggesting a women would like to dispose of her household pests, including her husband.

Following the ruling from the Advertising Standards Bureau (ASB), AdNews caught up with ad watchdog CEO Fiona Jolly to see what impact this will have on the industry.

Jolly tells AdNews that the community has become more sensitive to the suggestion of violence within advertising, even when intended to be humorous. She adds advertisers need to be aware of how far they are taking jokes.

Her comments follow the banning of an ad from Allpest, which showed a woman requesting for her husband to be removed by a pest exterminator.

“The issue of how men are represented in ads has been a growing issue for the community,” Jolly says.

“It has become a norm for men to be portrayed as a bit dithery in advertising, as well as other stereotypes. Often husbands or boyfriends are portrayed as less capable as their partner, and we’ve seen the complaints against this portrayal has been increasing over the last few years.

“The most complaints the ASB receives is about the depiction of women as brainless. But there has been a turn and now men are being shown as less capable.”

In its ruling, which banned the Allpest ad, the majority of the board felt that community standards have changed and that this style of humour was “no longer acceptable”.

As issues of violence against both women and men became a controversial point of discussion in 2016, Jolly says the community has become sensitive around advertising that could perpetuate violence and bullying.

“The Allpest ad overlapped with the issue of violence, which is a reason it was upheld. Historically ads that have shown playfulness within a couple have been cleared, such as an ad where a woman lightly taps her partner on the bottom. But it’s an area where the board is much more strict in response to community concerns,” Jolly says.

“We talk about this as an area that advertisers need to care about. There’s a line between something that is funny and works, and something where the humour doesn’t carry the joke. Advertisers need to be careful at how close to the line they are willing to go.”

The ruling caused quite a stir on AdNews last week, with one comment on the story saying: “Not a fan of man bashing in advertising or being insulting to anyone at all for the purpose of selling or promoting a product. It's not a matter of political correctness it's more of an insult to the intelligence of the general public. It's an assumption that we are childish fools with small minds that would find such a stupid advertisement funny enough to use their product.”

Another wrote: “And so the first small baby steps toward equality before the law begins. The closing of the judicial gap has begun. Hoo-bloody-rah. Waaaaay past time.”

In the past the ASB has cleared ads that have been accused of being offensive to men, including an ad from Maltesers that implicated to males as homosexuals and a campaign from Freeview Australia, which portrayed a man as dumb for not being able to set up his smart TV.

Another ad from McDonald's that was accused of enforcing "sexist stereotypes" against men was also cleared by the board in 2016.

“The board’s role is to decide whether the overall impression creates a negative impression of a group,” Jolly says.

“The board doesn’t want to ban things that are light hearted. But increasingly where violence is becoming a concern, like the ad for Allpest, advertisers need to take care of how far they are taking the joke.”