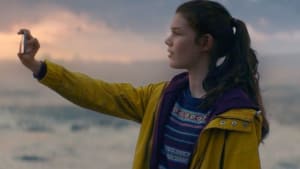 A still from the Samsung Olympic ad

“The Anthem”, by Leo Burnett Sydney and Leo Burnett Chicago, has been well received globally since its launch at the end of July, with people pouring out admiration on Twitter.

The ad has been congratulated for promoting international unity at a time where the world has saturated with dark headlines. It's a beautifully crafted spot and the strategy is on point, however there is a thin line between paying homeage to a previous creative works and copying the idea.

Coca-Cola’s Super Bowl spot featured a multilingual rendition of “America the Beautiful”, where the song morphed into several different languages.

The ad sparked controversy across America, with social media exploding with outrage the anthem was sung in languages other than English.

Both spots use scenic imagery from around the world, centering around the idea of multiculturalism and focusing on a harmonious tune.

Despite its positive message, the Samsung spot could face backlash over its similarities to Coca-Cola's, according to sources.

AdNews is waiting for comment from Samsung, Coca-Cola and Leo Burnett Sydney.

Watch the ads below and be the judge for yourself: