Dentsu's Oddfellows to move in with BWM 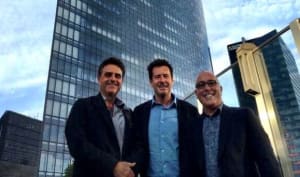 Advertising network Dentsu Aegis is moving Oddfellows and BWM under the same roof, boosting collaboration between the two creative shops.

Under the arrangement, Oddfellows will retain its own branding but will move from its North Sydney location into BWM’s Ultimo office in the next few months. It means that Oddfellows will sit under the BWM banner, alongside PR agencies Cox Inall and Haystac.

BWM Dentsu Sydney MD Alex Carr says having Oddfellow’s retail experience in the one space will boost its competitive edge.

Carr moved from Havas last September, and after working under its Havas village structure, says there is a benefit to having complementary skillsets under one roof.

“I understand the potency of having media, creative and PR under one roof with all of the power of water-cooler chats,” Carr says.

“The facilitation of ideas is so strong when you can sit and talk together - it's as simple as that. It's seemingly simplistic but we work in a very iterative business and you need to be having those conversations.”

BWM and Oddfellows have been collaborating together for some time, following the majority acquisition of BWM by Dentsu, owner of Oddfellows, in February last year.

Notably, the two agencies have been working on Toyota, a long-time client of Oddfellows, which saw the combined team take a bigger share of the Toyota portfolio by securing the Rav4 brand work. Toyota also works with Saatchi & Saatchi in the Australian market.

Following the merger there was speculation that Dentsu had looked to boost its creative offering, particularly in the Melbourne market where BWM has a particularly strong office, to ensure it holds onto the Toyota account as the brand relocates its marketing function Melbourne over the next few years.

As a result, Pop Agency and Spark were absorbed into Haystac, which is now the consumer PR brand, while Haystac Community was rolled into Cox Inall, which is the specialist PR brand in the network.