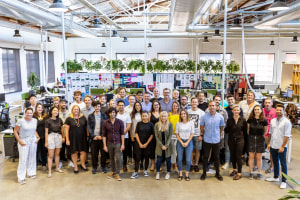 Deepend Group co-founder and CEO Matt Griffin is selling his shares in Deepend Melbourne, along with its 50% stake in Versa, to co-founder Kath Blackham, with the agency renaming to Versa.

The Deepend name will continue to operate nationally out of the Sydney headquarters, while the Deepend Melbourne team becomes Versa.

“Deepend has been at the forefront of the digital agency landscape for over 20 years and after a stellar 10 years in Melbourne, Kath and I have decided to part ways to explore our own paths,” Griffin says.

“The operations of Versa and the Melbourne operations of Deepend, are being rolled into Versa which will be led by Kath. It will be business as usual for the team.”

Blackham, who built the Melbourne team, says she looks forward to starting the new chapter for the business.

Deepend Group, parent company of Deepend Melbourne, also owns How To Impact, Nomad and History will be Kind.