DB Breweries on the challenges of alcohol marketing in NZ 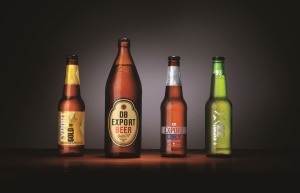 This first appeared in the October issue of AdNews Magazine.

Competing in the world of alcohol isn't easy. With people more invested in healthier alternatives as opposed to eight beers on a Friday night, marketers have had to change their approach. DB Breweries, one of New Zealand's largest alcohol distributors, part of the Heineken Group, knows this battleground all too well.

With a portfolio featuring some of New Zealand's most recognisable and classic labels, including Tui and DB Export, as well as a raft of international and craft brands, DB Breweries has started to evolve its strategy, taking an individualised approach when marketing to its customers.

Can you summarise the NZ alcohol market?

The New Zealand beer market is approximatley 2.85 billion litres and continues to evolve. It’s a really exciting time of growth in the premium and craft categories. The market comprises three key players, including ourselves, Lion Beer NZ and Asahi Breweries. There's also been increased competition of late from a variety of small breweries, brewing mostly craft–style beers, and a few retailer–distributed, imported European lager brands. All in all, it is an interesting market and one that we are continuously monitoring and adapting to.

What is DB's current marketing strategy?

We use TV, digital, out of home, sampling, events and sponsorship. The weighting of each channel is dependent on the campaign and its audience. For example, we still see potential for TVC in the appropriate time slot, however, with people using on–demand viewing services and streaming apps like Spotify, there’s opportunity to reach them in those moments too.

Where do you see the most success in campaigns?

Our most successful campaigns come from innovation. This doesn’t necessarily need to be product innovation. DB export is our heritage brand and has been brewed on the same site in Auckland since the 1950s. Brewtroleum and Beer Bottle Sand have reinvigorated the product and also allowed us to elevate new product development like Export Citrus and Export 33. We’ve also seen considerable success through events such as Tui Catch A Million and Heineken Urban Polo. Experiential campaigns offer a different kind of engagement and, with brands that are already well known, they help us further cement our presence at top of mind in our target audiences. 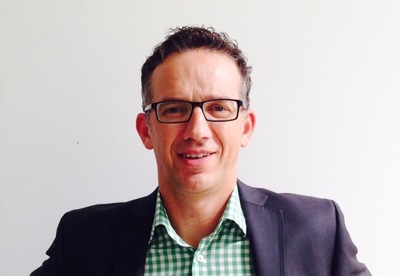 What are the challenges with alcohol marketing?

We have a very clear code governing the responsible advertising of alcohol in New Zealand. We know it's our responsibility to ensure any communication we have with consumers is appropriate. I wouldn’t call this a challenge, more the fact that high standards need to be met to be part of the industry and to ensure the responsible use of our products.

What are the big marketing challenges facing the beer sector specifically?

One of the biggest marketing challenges in the beer industry today is being able to achieve broad reach and the ability to land lasting messages with consumers who are subjected to thousands of messages a day. This in turn also presents us with the biggest opportunity, as the brands that can achieve cut–through with powerful creative in the right channels at the right moments will win.

How do you achieve cut through?

Individual data–driven marketing is high on Heineken’s agenda. Our goal in the next five years is to reach at least 50% of legal drinking age beer and cider consumers with an individualised message. In order to achieve this we have tasked our brands assign at least half of all marketing spend to working digital media with a mobile–first lens. We focus on creating consumer moments so we are sharing and creating, as opposed to telling.

What consumer trends are you seeing right now?

Craft beer has been a significant factor that has changed the beer market landscape over the past five years. It has brought excitement back into the category through talkability. We are seeing consumers not only buying into craft through exciting new styles such as IPAs, APAs and pale ales, but we're also seeing the same consumers returning to the category and buying more premium beer.

We have seen the beer market change significantly over the past five to 10 years with the traditional boundaries and definitions of beer starting to blur, with consumers demanding more from brands. What impact does this have on brands?

We are starting to see this translate into how brands are communicating with their consumers. DB Export and the Brewtroleum and Beer Bottle Sand campaigns are reflective, in terms of product and marketing, of the healthy, lifestyle values consumers are now looking for from beer brands. We also understand the way people consume media is rapidly changing and the ability to engage with consumers and create salience is getting harder. Heineken globally has a mobile–first media approach, with a clear shift from investing through traditional media channels into digital in order to reach consumers with the right message at the right time.

Catch a Million allowed Tui to create a reason for consumers to get together, have a beer and support the Black Caps in a modern and progressive activity. Kiwis are pretty competitive and often claim “I could have caught that” so Tui decided to put these armchair critics to the ultimate test and challenged them to catch the ball during cricket matches. This one generated over $8.8 million in PR and media value.

DB Export Made by Doing (Brewtroleum)

We created a biofuel out of beer waste so our drinkers knew that the more beer they drank, the more good we’d do for the planet. We turned 116,000 tonnes of yeast slurry into 300,000 litres of Brewtroleum (enough to supply every Gull petrol station in NZ). This lifted our sales in 2015 by an unprecedented amount and we won the NZ Premier Sustainability Award in the process. Made by Doing 2017 (Beer Bottle Sand) Made by Doing was taken a step further in 2017 with DB Beer Bottle Sand, an idea that sprung from the global sand shortage. We commissioned a machine that enabled our drinkers to turn beer bottles back into sand, to be used for construction.

By consumers choosing to drink DB Export, the more sand they produced, the more beaches they saved. Once again, as a result, DB Export Gold sales increased in a declining category. Over 100 tonnes of glass has been diverted from landfill as a result of Beer Bottle Sand so it’s been much more than clever marketing.

Made by Doing was taken a step further in 2017 with DB Beer Bottle Sand, an idea that sprung from the global sand shortage. We commissioned a machine that enabled our drinkers to turn beer bottles back into sand, to be used for construction. By consumers choosing to drink DB Export, the more sand they produced, the more beaches they saved. Once again, as a result, DB Export Gold sales increased in a declining category. Over 100 tonnes of glass has been diverted from landfill as a result of Beer Bottle Sand so it’s been much more than clever marketing.