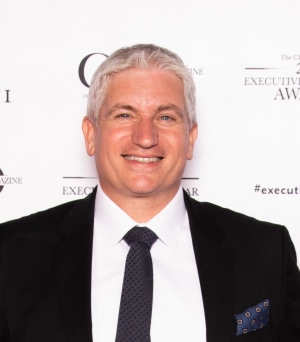 Roddick had spent the last five years as sales and marketing director at out of home media owner Adshel, which became part of oOh! Media at the end of 2018.

As part of the merger operations between Ooh!Media and Adshel (now Commute), Roddick's role was made redundant.

He will be responsible for the management of MCN’s salesforce in Australia, and will be tasked with leading and leveraging the "reinvigorated Foxtel platform" across TV and Digital. He will also be responsible for MCN’s newly launched out of home division.

“MCN has a unique position in the market with the breadth of properties we represent, and it’s a great opportunity to re-imagine and drive the future of the industry," Roddick says.

"I’m also looking forward to working with our agency and channel partners to help re-invigorate how they reach and activate audiences across the Foxtel platform.”

Following Roddick’s announcement, MCN will be releasing a series of additional appointments and promotions in the next few months as the business finalises its strategic integration into Foxtel after the disengagement of Network Ten at the end of 2018.

Earlier this year, MCN revealed that it would be ramping up its operations in the OOH space, securing a key representation deal with major property development player Lendlease.

The account had previously been held by rival Ooh and saw MCN take over the ad sales for screens across 11 Lendlease sites throughout Australia.

MCN CEO Mark Frain says the high-profile hire is a strategic decision for MCN as the business looks to "re-fresh its innovation proposition in market".

"David brings deep expertise across the entire media landscape both locally and internationally, so we’re delighted to have someone of his calibre heading up our sales function and continuing our growth trajectory,” Frain says.

“During my time at MCN I have often heard of David’s achievements and leadership qualities, so I am thrilled our paths have crossed and we can bring such an outstanding executive into the business."

MCN also recently appointed Daniella Serhan as partnerships director to lead the company's partnerships team and ensure the delivery of strategic campaigns with channel partners and advertisers. Serhan will be leading the Lendlease team.

This week it was revealed by MCN parent company, News Corp, that the business may see further redundancies as part of cost saving measures throughout the Foxtel business.

Both Foxtel and MCN have launched new strategies in recent months to bolster the pay-TV brand, including the decision to scrap the annual TV upfronts model in place of a new 'always on' approach.