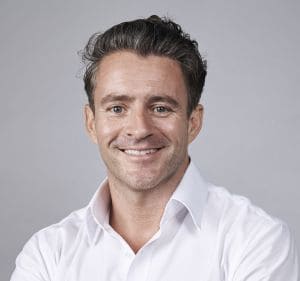 IPG Mediabrands’ move away from annual upfront negotiations is being driven a desire for traditional media buying practices to “catch up” to the market realities of clients and media owners looking to move more into digital media channels.

The move, revealed by The Australian yesterday, will see IPG Mediabrands focus its $1.6 billion media budget on individual clients needs rather than annual upfronts deals.

This doesn’t mean it is doing away with long-term deals or thinking, just that it won’t negotiate these across the whole group of clients for a set period of time.

The aim is to drive flexibility and agility in how IPG Mediabrands manages client money at a time of market uncertainty.

“Predominantly a media agency is there to be the steward of client spend and invest it in the right way,” IPG Mediabrands Australia chief executive Danny Bass tells AdNews.

“Everything else around media buying has changed rapidly but the only change to the practise of media buying is that it has become more complicated as there is more people to spend with.

“At the same time, the heads of networks, whether that’s TV or radio or others, want to grow their digital assets in areas outside of their traditional sector.

“The notion of carving this up a year in advance and giving every media owner the opportunity to grow revenue or grow a relationship with clients outside of their traditional area could not be done based on an old model.”

Bass tells AdNews the new approach allows for its agencies, UM, Initiative and Reprise, to negotiate long-term deals for specific clients if required, which neatly dovetails with their new approaches to market around finding sponsorship and cultural opportunities for brands.

For example, a client that has a relationship with Channel Seven to sponsor the Australian Open in January, the Winter Olympics and the Commonwealth Games can still negotiate a six-month commitment with Seven.

“That’s a strategic alliance between one client and one media owner and a really good way of demonstrating long-term thinking,” Bass explains.

“Not every media owner can be friends with every media agency group, there is only so much inventory that can be sold and there are only so many clients that can be part of a sponsorship,” he says.

“What we to make sure of with this dynamic trading framework is that people know it is a zero-based budgeting framework. You can pitch for new ideas and opportunities because money isn’t laid down. If you go into to an Initiative or UM and say we’ve got this show coming out, people can have a conversation around what that opportunity can look like.”

This last point will be well received by brand managers and marketers who tell AdNews they are frustrated when media agency partners only recommend TV spots and sponsorships from the TV networks their holding group is in bed with.

Two other factors driving this are market consolidation and the fact that all three major TV networks will soon roll out IP-delivered automated and programmatic trading solutions for a sizeable chuck of their inventory, often the lower value stuff.

“No one knows what impact that is going to have and if it’s a massive success and one of the networks absolutely nails it then that will fundamentally change the way we trade with networks,” Bass explains.

“The one area of media that hasn’t moved as quickly as everything else has is media investment. The networks have moved quicker to programmatic and automation arguably quicker than the agencies.

“The way deals have been structured and group deals have been pulled together based on a prediction of where audiences are going to be 12 months in advance will absolutely change.”

On the point of disruption caused by market consolidation, Bass adds: “We believe there is going to be a lot M&A activity in the coming year so how can we, as stewards of client spend, be entrusted with client spend and make a commitment for a year in advance.”

What other media groups think

AdNews approached other media agency groups to find out their thoughts on IPG Mediabrands’ new approach. Not all chose to go on record, but all shared similar sentiments.

There were two main thoughts. Firstly, hybrid models of long-term upfront commitments and short-term flexibility already exist in the market to a degree.

Secondly, IPG Mediabrands is the smallest of the Big Five in terms of billings and it makes sense for them to take this approach.

Larger groups stand to gain more value than can be returned to clients if they negotiate in bulk upfront. This often outweighs the perceived benefits of being agile and flexibility but it doesn’t mean that such caveats aren’t written into contracts.

“I don’t think having an arrangement per se reduces your flexibility, it’s what you build into those terms and conditions that causes the limitation, not having a deal itself. What’s important is that the framework provides agility.”

A media buyer at another group tells AdNews there is already a “whole load of flexibility” written into deals and quarterly reviews or retriggers are not uncommon.

“If you want to do big programs, big integrations and big sponsorships throughout the year with a network, you do need a bit of a lock in. If you are going to be completely transactional, you will probably lock yourself out of those,” the media buyer says.

In other words, a hybrid model that promotes a level of stability and flexibility already happens.

Or as one media executive put it: “Anyone doing massive upfronts and trying to push clients into a preordained agenda is looking pretty retrograde in these more dynamic times.”