Danny Bass: media tired of being the industry's 'whipping boy' 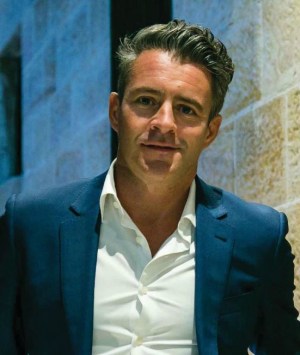 Outgoing IPG Mediabrands CEO Danny Bass has leapt to the defence of media agencies and how they are viewed in market, while also revealing the reasons behind his shock exit from the business.

Speaking at the Future TV Advertising Forum, Bass, who recently revealed he would be departing IPG Mediabrands after three years as CEO, said the media sector has been forced to curl "into its shell" in recent years, after being treated as the "whipping boy" for a lot of the ills of the industry.

He explained how "everyone's got a PhD in hindsight", arguing you could look at five or six things that everyone has missed as an industry but media agencies were fundamentally still the custodians of a client's marketing spend and to divert from that "can be detrimental".

"What we are brilliant at is - in the event of nuclear war, there will be two things; cockroaches and media agencies. We have this unbelievable ability to survive and adapt, and we will," Bass said.

Speaking on his decision to exit Mediabrands, Bass said the pressures of a media agency were always present and that, as a leader, you need to be able to guarantee you can always go "the extra mile".

He said despite a great year for the holding group, which saw lead agencies UM and Initiative win major accounts including The Federal Government master media account, Nestlé, West Australia Government, Revlon and AGL, it was time for him to step back and "reassess" his position.

"What we ask of other people on the media agency side year in, year out, day in, day out is a lot and I think you've got to be true to yourself in amongst it," Bass said.

"I'm very proud of the year we had last year, but then you hit the big red button on January 1 and you start again. You pitch, you defend.

"However, as a leader you have to be truthful with yourself as to whether or not you have it in you to drive your business forward again and ask for that massive commitment."

Tackling the future of TV, Bass said that the industry had been rocked by 'the Netflix effect', which has left consumers feeling "affronted" when they are interrupted by advertising during premium video.

He said advertisers and networks now need to work a lot closer together at a production level, rather than waiting until the end product is developed and then selling "packages" to agencies.

Bass added that while it was important for the industry to keep an eye on the future of TV, he said it was most likely that regardless of who it is leading the conversation, "we're all going to be talking about the exact same issues", rather than taking the appropriate steps to solve them.

"The deal we've had in place for decades was you get free content if you see these ads, but now that deal is broken," he said.

"What we have to do is either create advertising that complements that content or find much better ways of integrating into the content, which doesn't mean waiting for the sales team to come into the agency to sell a package."