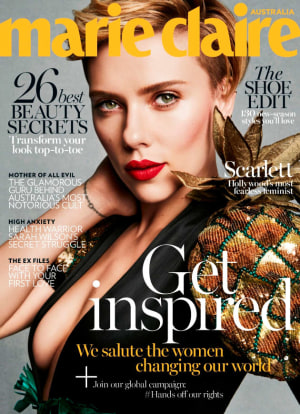 For International Women’s Day Marie Claire is taking a firm stance against the gender pay gap, enlisting the power of adland to end inequality.

Creatives from M&C Saatchi, GPY&R, Clemenger BBDO Sydney, The Village of Useful and Little Big Epic produced ads for the March magazine that aim to close the gap - much like the AdNews' Mock Briefs feature.

Speaking with AdNews, Marie Claire editor Nicky Briger says the ads portray the true provoking power of advertising, with each one taking a different stance to the pay gap issue.

“We chose to pair with agencies because there are no better people than the brains of adland, who are always so creative, to raise awareness around this issue,” she says.

Historically, advertising as well as women’s magazines, have been criticised for painting women in a negative way, but Briger believes this has significantly changed in the last few years due to social media.

“Everyone has a voice now and if someone doesn’t like an ad, they make it known,” she says.

“It’s amazing the impact consumers can now have and as a result both the media has become so much more accountable.”

The AdNews Mock Brief: Life in a post-Trump world

The AdNews Mock Brief: Give millennials a home