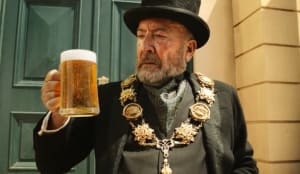 Choice is laying into Foster's for its contracts with pubs that bar every smaller craft beer brewers from getting a look in.

CUB has moved to downplay the claims saying it is essentially an “open market” but didn't comment on any contracts specifically.

“While it might seem like you have a huge choice when buying tap beer in your local pub the fact is most taps are controlled by one of two international brewing giants, SAB Miller or Kirin, at the expense of genuine Australian craft brewers,” says Choice head of media Tom Godfrey.

“It's not uncommon for the big brewers to offer more money, rebates or other incentives for exclusive access to 80% or even 100% of pub taps, making it hard for independent brewers to get a fair go.”

Jeremy Griffiths, director of corporate affairs at Carlton and United Breweries (CUB) said: “We can’t comment specifically on the ACCC inquiry however, it is not unusual for publicans to enter into contracts for the provision of beer, spirits and wine, and it is a long standing practice. In regards to beer, many of these contracts provide discounts on the keg price, as well as investment in the pub such as cool rooms, tap lines and fridges etc..

“Overall, around 70% of our on-premise (pubs and clubs) customers do not have contracts, so overwhelmingly it’s an open market.”

The ACCC is already investigating the wholesale supply of beer to Australia's pub industry to look into potential anti-competitive behaviour.

Kirin and SABMiller are also making moves on the craft beer industry by buying up small brewers something Choice is calling “craft washing”. Many consumers believe beer brands such as Little Creatures, James Squire, Fat Yak and Matilda Bay to be independently owned, but are in fact owned by the multinationals.

Kirrin and SAB Miller currently control 47% of the craft beer market in Australia.

“It’s up to the consumer to decide what is important to them when it comes to drinking beer. If it’s a premium taste from a large brewery, that’s okay. If you want to support an Australian-owned microbrewery, find out who owns the brand you’re drinking and ask your local publican to put it on tap.”